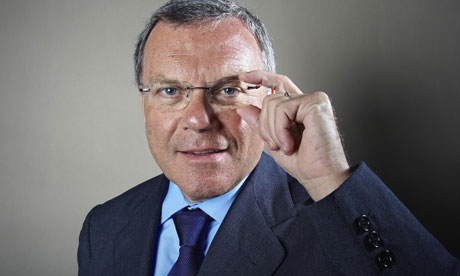 This is a guest post by Truth Media Agency co-founder and CEO Mary Keane-Dawson.

Twenty-nine years ago, I was ushered into a small and cramped boardroom at Hays Mews to meet with Martin Sorrell and sell him the idea that he should buy our company, Spafax. We’d prepared a PowerPoint presentation (still newfangled in those days) all ready to roll on our Toshiba Satellite 4000 laptop (which weighed about 16 kilos). Our hearts were thumping, our palms were sweaty, our story perfected.

However, that damn Toshiba wouldn’t turn on (it had run out of battery power). Sorrell duly arrived, and as we all sat there squirming, apologizing about the tech (some things never change), he smiled wryly, turned to us with his laser like stare, and said, “Tell me the five things wrong with your company that being part of WPP will fix …”

Forty minutes later, we left Hays Mews with a deal to become part of the then growing, exciting and at the time revolutionary Wire and Plastic Products PLC. 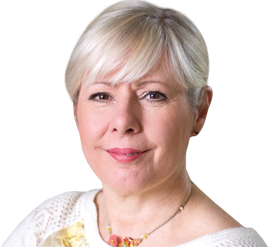 Today I sit here in my hotel room in New York, reflecting with respect on the achievements of the first Captain Blackbeard of Advertising and Media Land. As he bows out, his stellar career and the achievements cannot and should not be overlooked. Before that summer’s day in 1998, he’d been described to me by people who done business with him, as a ‘cheeky North London upstart who should know his place better’ (the ex-chairman of Kleinwort Bensons), to the view that he was  ‘completely defined by his love of cricket and also happened to be a genius with numbers’ (the now ex-Labour MP who introduced us to him).

Personally, I remember him as an extraordinarily helpful and visionary leader. His audaciousness and ambition knew no bounds.

First with the acquisition of JWT, then Ogilvy, then unbelievably WPP bought the world’s biggest agency, Young & Rubicam. Mandy Pooler was commissioned to pull together WPP media assets and from that came the powerhouse of GroupM. The Old Guard establishment didn’t see Sorrell coming, he and his tiny team of advisors redefined how the industry worked, creating and competing on the global network model. His legendary rivalry with the competition was truly awesome to witness.

But as the years passed that revolutionary zeal disappeared, worn down (I believe) by the sheer size of WPP. The creative vision was diminished, devalued and, in fact, dismissed as increasingly irrelevant. “Horizontality” became the new credo, the best people kept on leaving, the earn outs became more and more difficult to achieve. WPP increasingly seemed to be only interested in making the numbers. Whatever it took.

As we say goodbye for now to Sir Martin, let’s embrace his revolutionary spirit, but in my view, with less power concentrated into the hands of the few global networks. There needs to be more distributed power base. Ad and medialand must embrace the principles of simplification, collaboration and use technology to achieve efficiencies and transparency. Let’s put clients and customers at the heart of this new age.