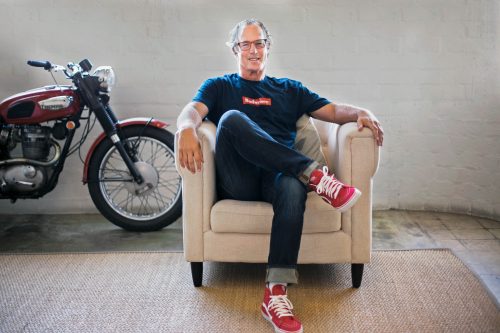 At Reach, Holleran is working on a partnership with upcoming film A Star is Born, starring Bradley Cooper and Lady Gaga, the next phase of AB InBev’s “Dive Bar Tour” and a number of unspecified talent partnerships for AB InBev.

“We are honored to work with an industry leader like Jimmy who has over 25 years experience working in Hollywood representing one of the world’s largest companies,” Reach Entertainment founder Frank Catapano said in a statement. “With Jimmy we’ve got one of the top experts in the space and couldn’t be more excited to expand our team and client base.”

“I’ve worked with Gabe and Frank for over a decade starting back when they were at WME,” added Holleran. “We broke ground 10 years ago in the traditional entertainment space and I’m looking forward to continuing that success and changing the paradigm once again with them, working closely with their amazing clients.”

Holleran’s hire is part of a plan to expand Reach Entertainment’s capabilities, moving beyond traditional entertainment to original digital and social programming as well.

“The platforms where entertainment content appears for consumers have proliferated over the last decade,” Reach Entertainment founder Gabe Gordon said in a statement. “We intend to focus our future growth on being able to drive non-media driven deals for all types of entertainment content whether that is a film starring Oscar winners or a series distributed direct to consumers from some of the top social creators.”