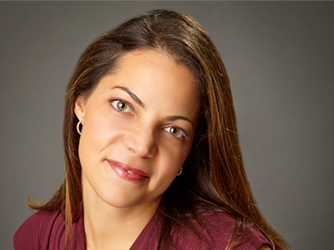 LRW has been doing research, rather quietly, for nearly half a century, like its recent dive into millennial women and their complicated relationships with money for client Visa.

“This company is rooted in data and insights—that started even before it was the popular thing to do—and there’s not a business or brand on the planet that doesn’t need that right now,” she said. “It’s such a humble environment on the inside, but we should have so much swagger on the outside.”

Spiegelman, former CEO of Pitch and veteran Hollywood studio marketer, plans to draw heavily from her creative background and C-suite connections in her new gig. At Pitch, she built a roster that included Burger King, Netflix, Waldorf Astoria and Pepsi. After leaving the agency, she spent 6 months as head of brand studios at Reese Witherspoon’s Hello Sunshine.

She’ll also be on the lookout for independent agencies that could “fill some gaps in our offerings.”

Her arrival this week comes on the heels of an LRW buying binge—during the last three years it has acquired six companies, including Seattle’s Killer Infographics, as it expands into what execs describe as a “leading consultative data analytics and marketing services firm.” The client roster includes global brands like Hulu, Nike, Marriott, Twitter, American Express and P&G.

“Rachel is a proven executive with the right blend of experience, knowledge and entrepreneurial spirit that fit with the culture and values that we cherish so deeply,” said Dave Sackman, chairman and CEO at LRW Group. “As our company expands its services, it’s critical for clients to understand all the new and transformative ways we can work with them to grow their brands. Rachel is the perfect leader to connect those dots for us.”

Spiegelman, who noted that the “subjective guessing moments” in advertising are a thing of the past, said data-driven tactics are here to stay because “the cycle is officially inverted.” At the heart of it all is the customer, and the key to success is being able to deftly pick her brain.

“That’s where consumer analytics companies come in—it’s what they were born to do,” she said. “Brands need to meet consumers where they are, not vice versa like the old days. LRW saw this coming decades before anyone else.”