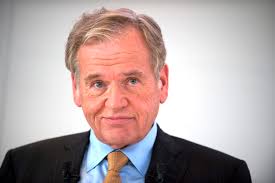 Adweek invited the CEOs for each holding company to participate in a discussion regarding systemic racism in the advertising industry and what steps they are implementing to promote diversity, inclusion and equity at their agencies. We asked the same set of questions of each CEO. Below is Omnicom CEO John Wren‘s interview.

This interview has been edited and condensed for length and clarity.

John Wren: We’ve been doing a number of things. For the last 10 years, we have had a very active diversity program, led by Tiffany Warren. What we built out underneath Tiffany in this time was a number of diversity champions, who are focused more locally on various agencies.

Omnicom always had a policy about racism, which was zero tolerance for any kind of unfair treatment or discrimination. But we have to move past that. We have to focus our programs as anti-discrimination. So we’re going to up the game here a bit as we as we go forward.

Tiffany and some of the diversity ambassadors are putting together a day program for June 19 (Juneteenth) where we’re going to encourage employees to join webinars for discussions about the topic [of racism] and related topics so we can we can start to stimulate even greater conversations than we’ve had in the past on these topics. Many of our bigger network agencies are in the process of having more detailed planning and conversations within their networks.

The way she [Warren] described it to me is that this is the beginning, even though she’s been working at Omnicom for 10 years and been doing it for 20. She’s most encouraged by the response and the reaction and the level of conversation that’s going on within the company.

We have these diversity ambassadors, and there’s probably somewhere between 15 and 20 of them throughout the group. I’ve asked Tiffany to identify areas within the company where there isn’t somebody with that designation and assignment or where they can flow to the programs that we have. We have some people who just simply have the [diversity ambassador] title and they do it on a part-time basis. We’re going to broaden that [diversity ambassador] group quite a bit and support it with some of the better programs we’ve come up with.

We’re [also] going to take a look at some of the programs that we’ve been supporting for years [including Adcolor and MAIP]. By supporting those programs, we’ve been able to do the recruiting and get the folks that we need. What Tiffany and my management team is doing is taking a look at everything we’re doing. We don’t want to pay lip service to this; we want to use it as an opportunity to drive the programs we know work to the next level, because this has got to be part of the culture within the group.

Everything that we’ve done up to this point is we made [diversity and inclusion] programs available, we’ve stressed them with our top management folks, and then it becomes almost voluntary for people to participate. I think we’re going to tweak our ethics there to make it where we get a [more] positive affirmation that somebody is participating and buys into the program than before. It’s a subtle change but not an unimportant change.

What are you doing to ensure that this continues to be a priority?

It’s a process that is not just limited to the top management of the holding company. It’s a process where if it’s going to be successful, it will be because we’ve gotten many, many different voices and all sorts of different levels to enter the conversation and start to articulate what we can be doing better and what we should focus on.

One of the things we’re doing is we’re broadening the dialogue that we’ve had within the company, and we’re going to continue to do that because this is a journey. There are not quick fixes to the issues that are underlying this.

If you look up from the kind of job you have to wherever your ambition takes you and you see people who look like you and come from a similar culture,  you’ll be more inclined to try to expand your career within that company.

We’re confident that this will take things to the next level and it will become a more conscious effort. Because everybody’s got a bias and you have to come up with ways to create dialogues so people can understand what their biases are.

Does your D&I lead report directly to the CEO or to another executive? Is that structure being reconsidered?

Tiffany reports directly to me. Most of her work is done with the diversity ambassadors and the networks and agencies that we have. We’re very grateful to have her at Omnicom. She’s something of a leader in this area. In addition to the diversity ambassadors throughout the company, Tiffany has got 12 full-time Omnicom employees on her team. It’s not something where we just put somebody in place to do superficial things.

Do you believe there are systemic problems with regards to racial equity within your holding company? What are you doing to address them?

I wouldn’t say that we have difficulties. I will acknowledge that this is a cultural process. Our diversity and inclusion programs reach down into all of our companies and try to gauge the employees that we have there and the managers and the supervisors to make sure that there’s no discrimination and certainly none is tolerated.

We also recognize the importance of anti-bias training as well as anti-discrimination training. I can talk to somebody who is biased but doesn’t think they’re biased. It’s a process and that’s why we have professionals who have spent their career advising us.

Do you plan to further invest in and hire Black talent moving forward? How will you go about doing this?

That’s been part of our program and that’s why we follow the recommendations of Tiffany and have discussions with our diversity champions. There’s an effort to make certain that people are aware of it when they’re promoting people and when they’re creating opportunities.

We’re doubling down on all that as a result of this. Even though we’ve had these programs in place for the past least five years at least, there’s a whole cross section of the employee population who might have been looking at it and not truly paying attention to it or taking it a little bit too lightly. I think they are truly affected by what’s happened in the last eight days and as a result, I think we’re going to get more and more buy-in to the things that we do, and increase the dialogue that we have across our entire employee base.

What percentage of leadership roles at your agencies are held by Black people? By people of color more broadly? Are you content with this level of diversity? What concrete actions are you planning to address this issue and improve that percentage?

The only way that we can sustain ourselves and stay successful is if the people that we bring to a client’s engagement look like our client. We’ve recognized that issue for a very long time. We endeavor to bring people who are diverse into the group. We have other programs to try to increase the number of women we have in creative departments. There’s a number of programs to that end and it’s good business for us. It’s not a reaction to something bad that happened; it’s simply good business for us to do that.

My board [is now] led by a majority of women for the very first time, and I think 40-plus percent of the board are people of color. My board members are actively engaged in this and have their own personal stories and things that have happened in their communities. Out of nine [board] members, four of them are African American and six of them are women.

Do you track your diversity numbers now, i.e., how many people of color you employ and how often they are promoted compared to white colleagues? Have there been conversations about potentially sharing these numbers externally to be transparent?

We have this program where we continue to disclose our five-year progress on diversity. And that’s been in place for a number of years. Our professional talent base is 29% multicultural. We study that and think about it every year. That’s a 12% increase from five years ago.

On a multicultural level, we made progress every single year. We do measure and part of understanding it is actually measuring it. Because if you’re not measuring it, you’re not accomplishing much. That’s taken into consideration, at least at the top management level, when they’re receiving incentives that people are consciously supporting the actions that we want supported.

The industry has been aware of issues around diversity and inclusion for decades, but change has historically been very slow. Talent of color have been vocal in the past week about feeling agencies are quick to talk but frustratingly slow to act on this topic. So how will you ensure that your Black employees and other talent of color within the industry will believe that your holding company’s commitment on these issues is serious and will actually yield change in the short term? How will you hold yourselves accountable?

Omnicom CEO John Wren sent a written response to this question after needing to exit our phone interview for another engagement.

My empathy has been paired with a sense of urgency to effect change. Our chief diversity officer, Tiffany R. Warren, has been collaborating with our diversity champions across the organization these past couple of weeks. The team has been instrumental in leading discussions on what else we can do to support our Black community. We are grateful for their guidance, leadership and advice during this difficult period.