NEXT:How One of Swift's Creatives Helped the Agency Confront Its Silence About Systemic Racism
PREVIOUS:Thursday Stir 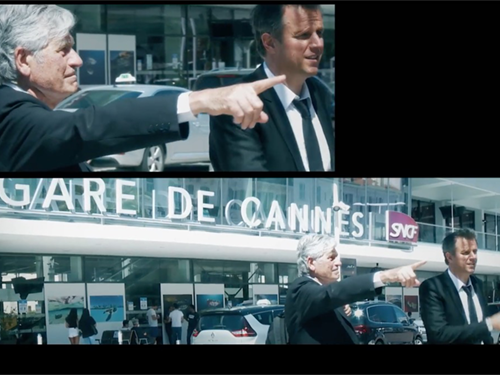 A couple of years ago, Publicis Groupe decided to forgo entries in the Cannes Lions. The holding company’s creative leadership was involved with judging, but its presence was virtually nonexistent.

This year’s show was canceled due to Covid-19 (but it’s safe to say that “Moldy Whopper” would have done well). Yet, in an unexpected and perhaps ironic turnaround, Publicis has the only physical presence in Cannes for its internal awards show: Cannes-Do.

The predictably punny show’s ceremony will be broadcast on Publicis’ internal Marcel platform on Friday, and hosted by Publicis Groupe supervisory board chair (and former temp WeWork CMO) Maurice Lévy and current Publicis Groupe chairman and CEO Arthur Sadoun at the Palais … IN CANNES!

The mayor of Cannes, David Lisnard, granted a special exception to Publicis to use the iconic building.

“I am very proud that such a relevant initiative is taking place here at a time when it is needed to give meaning, imagination and intensity to the world [of creativity],” he said.

A video shows Lévy and Sadoun doing their best buddy-comedy routine for their journey to the Cote d’Azur (Mais où sont tes masques à Cannes, Maurice et Arthur??!!), where the show will broadcast live on Friday at 6 p.m. local time.

According to Publicis, 1,400 campaigns, from 400 agencies, 60 countries and 110 cities were submitted. If these were normal times, Cannes Lions, assuming an average $800 entry fee, would have raked in … a lot of money from Publicis.

There are several good reasons that people should have cynicism about awards shows, industry excess and the state of advertising in general. Yet, from time to time, it’s nice to recognize the hard work that creatives put in. And while it might not necessarily be a classic Cannes winner, a Cannes-Do may still matter.

“With the Cannes Do-Awards, we want to make sure that we continue to be united in this tough time around what makes us passionate: creativity in all of its forms,” said Sadoun.