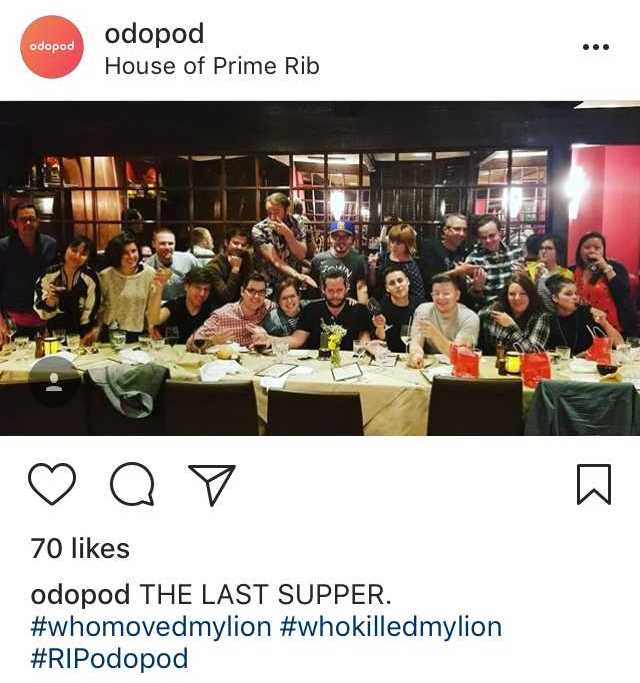 It’s unclear exactly how many were affected by the closing; the agency had in the past listed well over 50 employees.

“Yesterday was hard. It was everyone’s last day at Odopod,” one designer wrote on Facebook. “I’m a better person for knowing them. And it’s really hard to lose these people.”

Regarding the closing, the designer added that employees who “stayed to the end” were unable to write goodbye emails but did receive “caring hugs as we turned out the lights.”

The reasons for the closing are also not clear at this time.

Odopod was founded in 2000 by Tim Barber, Jacquie Moss and David Bliss, the latter of whom is now with Amazon. Throughout its history, the organization worked with such clients as Google, EA, Tesla, Sony, Playstation and GoPro. It collaborated with creative agencies including GS&P and Big Spaceship.

Canadian digital agency and IT operation Nurun bought Odopod in 2011, three years before Publicis Groupe picked up the former in a $125 million deal positioned as “another step forward in strengthening our world-class digital operations.”

We are happy to announce that Publicis Groupe has acquired Nurun.
For more information: http://t.co/QNSsOrrBwi pic.twitter.com/DqXwdCAOsE

The company rebranded as Nurun in San Francisco in 2013 but later reverted to its original name.

A call to the listed number for Odopod was re-routed to Nurun corporate, which has not yet provided a statement on the closing.