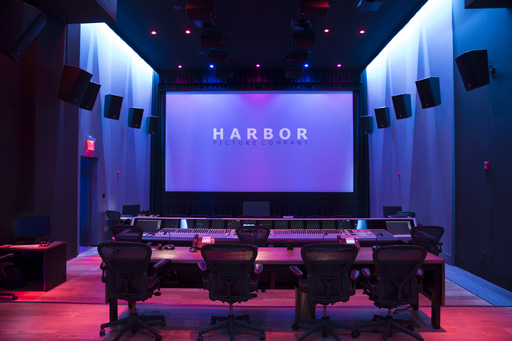 Publicis Groupe has seen the future, and it looks increasingly like production and post-production work.

Last week, the network announced that it has acquired Harbor Picture Company, a New York-based studio that works on film, TV and commercial projects. Moving forward, that operation will become part of Prodigious, the holding company’s in-house production unit.

Publicis North America CEO Andrew Bruce announced the news in an internal email last week. The specifics of the deal were not disclosed.

Harbor Pictures is a seven year-old company that has worked primarily with fashion brands on the commercial side, based on its Vimeo page.

Prodigious officially launched in 2013 as a consolidation of Publicis-wide print, digital and video production entities. At the time, it was framed as a way to further separate the creative and production aspects of the holding company’s work.

The production division is also part of the larger Publicis Communications unit announced by future CEO Arthur Sadoun back in January 2016, which includes all of the creative agencies within the network (Leo Burnett, Saatchi & Saatchi, BBH, etc.)

Since then, PG has taken several steps to grow the global footprint of Prodigous while expanding its offering. For example, Prodigious offices recently opened in India and Vietnam, and in August it acquired the language services company Translate Plus.

The underlying goal here is to reduce overall expenses by handling more of the production work in-house. Production and post-production is, by many accounts, the most profitable element of the entire agency equation, and holding companies aim to boost those totals. As analyst Brian Weiser put it back in 2013, all the major groups have “placed a heightened emphasis on the production decoupling business as well,” estimating that they can save 20-30 percent of total expenses via “labor arbitrage” or outsourcing the work.

In short, the competition between the Big Five holding companies to own a greater share of the production and post-production work on all their agencies’ campaigns continues apace.