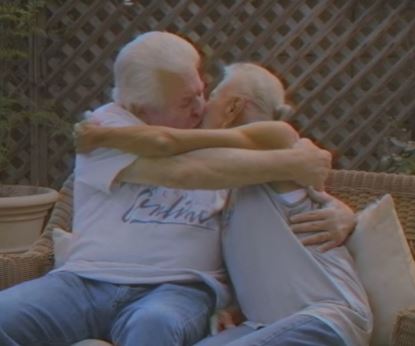 Remember the AOL/Time Warner merger? It was so huge and successful that those douchebags got their own ugly building right across the street from Trump Tower. We hear they have great sushi up there, but even your boss’s boss can’t afford to eat at Masa unless some client is expensing that shit.

Now, of course, our friends at Verizon have bought both AOL and Yahoo in their long journey toward complete monopoly status—and earlier this month they announced that the two would be sewn together like some sort of horrific digital human centipede in a new venture called…OATH.

Anyway, the people at Portal A have taken a break from their day jobs creating multi-million dollar “sponsored content” campaigns with some help from their super cool “influencer” friends (read: the popular kids) to make yet another of their signature spoof videos.

That sort of made us feel nostalgic for Tim and Eric again. It also made us remember that time we spent hours in a 1994 AOL forum arguing about Pearl Jam and Smashing Pumpkins before reaching high school and realizing that they are both completely fucking awful bands.

Here’s what managing partner Zach Blume had to say.

“When we heard AOL and Yahoo were merging, we checked to make sure it wasn’t 1997. When we heard the new company was called Oath, we rolled up our sleeves and got to work. We love the genre of 1990s commercials—who doesn’t love a little dial-up internet nostalgia—and so we framed this as the previously unreleased 1997 launch video announcing the merger of AOL and Yahoo into Oath.”

So it was a lot like the other thing they did mocking TRONC and a bit less like the Airbnb mockery from 2015. The fruit…it hangs so very, very low.

But will OATH succeed? We don’t know, but we can’t wait for its “big new branding campaign.“