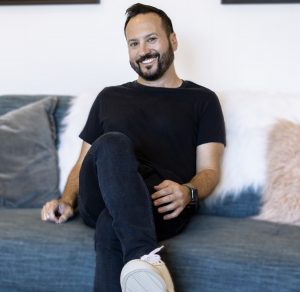 Digital studio Portal A has hired its first head of revenue and growth.

“We’ve built Portal A for a decade independently, and now, with Wheelhouse in our corner, we’re ready to throw fuel on the fire, expanding our universe of partners and deepening the work we do with brands,” Portal A co-founder Zach Blume said in a statement. “Todd has an unequaled track record when it comes to supercharging businesses like ours—and we’re ready for the next chapter.”

Barrish arrives at Portal A after more than two years focusing on FPT Media’s Brand Storytelling, an invite-only conference for brands and content creators for which he was a co-founder and served as advisory chair.

He previously spent more than five years with Disney’s Maker Studios, including two years as svp, strategic partnerships. After leaving Maker Studios, he went on to spend a year as evp, creative partnerships for Endemol Shine Group and then co-found Polymath Group.

“The team at Portal A has done something few others in the space have—build a successful business and reputation for high-quality, premium content in an industry that has seen its share of content creators and studios fade from existence” Barrish said in a statement. “We’re armed with all the tools and capabilities a modern content studio needs to be successful, and we’re going to redefine how brands are creating content in the social age.”