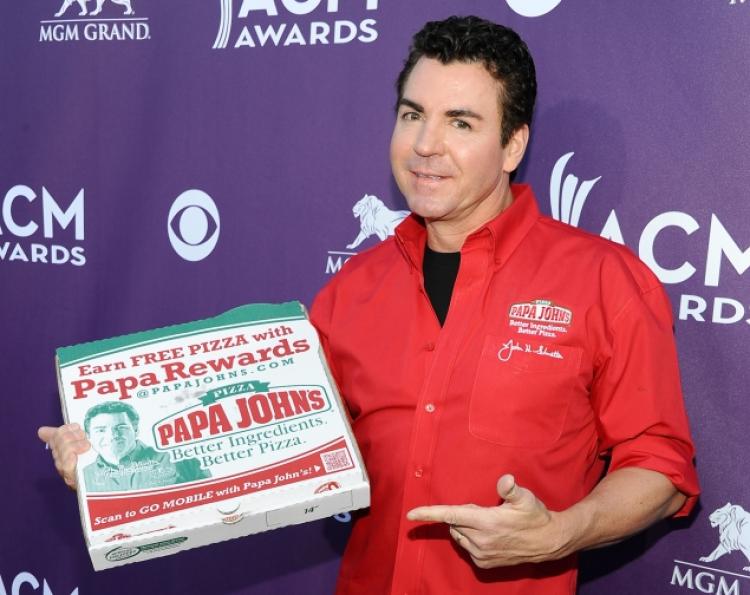 Just over six months after dumping Grey in favor of Laundry Service, Papa John’s said goodbye to its chief marketing officer, Brandon Rhoten, who spent exactly one year in the job.

CEO Steve Ritchie—who, you may recall, replaced founder and Trump fan John Schnatter after the latter brought a bit of unwanted attention to the brand by stepping face first into the political dispute over NFL players’ protests of police violence against people of color—will lead the brand’s marketing efforts in the interim.

His statement from QSR Magazine, which broke the news yesterday:

“As we continue our journey to revitalize the Papa John’s brand, we are making a change in the chief marketing officer role. Brandon Rhoten will exit his position as CMO effective May 25.

Over the past year, Brandon has helped us better understand our challenges and assisted the team in the development of a comprehensive strategic plan to take the brand forward. We appreciate his innovation and efforts and wish him the best after his departure at the end of this month. Moving forward, we will be initiating a search for a new leader that can execute our marketing strategy with urgency and agility while making meaningful connections with consumers to improve results.”

We talked to former Wendy’s marketer Rhoten for an Adweek story around the time the brand was playing defense over the NFL relationship. He said he wanted to focus less on TV and more on digital (both in terms of advertising and sales), which was in keeping with the work he did for the burger chain.

Based on the QSR article, Ritchie wants to do all the same things. So why is Rhoten leaving?

As The Washington Post put it yesterday, Schnatter tried to blame sales drops on political controversy when, in fact, the same has happened in every quarter since Q3 2016. Analysts say that the company “has done a poor job dealing with competition from third-party delivery services such as Grubhub and Uber Eats,” hence the focus on selling pizzas online rather than in-person.

All competing chains have been destroyed on that front by Domino’s.

Rhoten also said that Schnatter’s beef with pro football was all about business, not personal politics. This was before the league and Papa John’s officially ended their relationship, leaving room for Pizza Hut to swoop in and task whichever agency wins its ongoing creative review with making a bunch of gridiron-themed promos.

And that all came only a couple of days after Rhoten announced, with a tweet, that Papa John’s would now be working with “the #1 ad firm and #1 PR firm in the US today,” according to some journalist guy who likes to block fellow journalists after they ask him to kindly link to their stories instead of just screenshotting their work on Twitter.

Maybe he hasn’t heard that journalism runs on advertising.