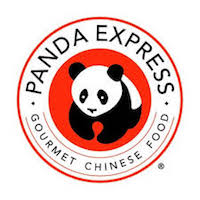 Chinese chain Panda Express has issued an RFP for its creative advertising business and invited incumbent Bailey Lauerman to participate.

“We have launched a creative agency review and have invited a small number of agencies with a West Coast presence to participate including our current agency, Bailey Lauerman,” said a Panda Express spokesperson in a statement. “We expect the process to wrap-up by the end of February 2018.”

A spokesperson for Bailey Lauerman declined to comment. It’s unclear which other agencies were invited, though we hear the California-based company has reached out to some West Coast shops.

Panda Express spent nearly $5.4 million on measured media in the U.S. last year and $4 million in the first six months of 2017, according to Kantar Media.

Omaha-based independent agency Bailey Lauerman has served as the brand’s creative AOR since the beginning of 2014. Its recent work for the client includes this past January’s Chinese New Year-themed campaign in collaboration with Pepsi and ABC’s Fresh Off The Boat.

Back in May, Bailey Lauerman expanded to the West Coast with a new Los Angeles office, following the arrival of former RAPP U.S. president Greg Anderson as CEO in September, 2016. Anderson replaced Andy Fletcher, with whom the agency parted after more than four years that July.

Two months earlier, a Nebraska auditor found that the Nebraska Tourism Commission “took advantage of taxpayers,” but the agency said Fletcher’s departure was unrelated to that report.