NEXT:This Faux Sex Hotline is For Creatives Who Want Their Ego Stroked
PREVIOUS:180LA Goes Through Round of Layoffs After Loss of University of Phoenix 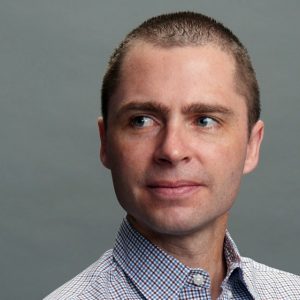 Carlson will be responsible for overseeing creative leadership across all of Organic, defining the agency’s creative capabilities, establishing creative benchmarks and a playing a leading role in growing the agency’s client portfolio. He will report directly to Organic CEO Cathy Butler, who replaced the departed Dave Shulman in March.

“I couldn’t be more thrilled to have Andrew on board as the creative lead for Organic,” Butler said in a statement. “Our goal is to position Organic as a best-in-class, modern agency that demonstrates how customer experiences deliver business growth for our clients. Andrew joining us in the role of CXO, as opposed to a more traditional Chief Creative Officer, is the first step in making this a reality for us. His unique blend of skills across strategy, creativity and technology make him ideal to lead our creative teams in this next evolution of Organic.”

“I’m beyond excited to start a new chapter at Organic and embrace the opportunity to reimagine what a modern agency can be,” Carlson added. “With Cathy at the helm, Organic’s organizational commitment to transforming brands, by transforming customer experiences, is real – and I’m thrilled to join a new iteration of one of the founding digital agencies.”

Carlson arrives at Organic from Digitas, where he most recently served as co-CCO, North America. He first joined Digitas as a senior interaction designer in 2002 and went on to roles including creative director, group creative director and senior vice president, creative. He was promoted to his most recent position around a year ago, after spending two and a half years as executive vice president, experience design.