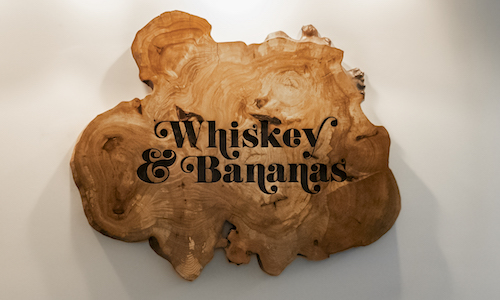 The growing unit, which launched around three years ago, is moving to its own 4,000 square foot floor below the agency’s offices at 328 South Jefferson in Chicago. Whiskey & Bananas started as a team of just “one editor and one producer in a room,” OKRP CCO Matt Reinhard explained, but has grown to a team of 18 full-time employees and a freelancer network of around 100 to meet increasing client demands for content.

“Some of the best ways of even selling in our biggest concepts were through little video prototypes, so our ability to have in-house shooters and editors was also something that was working really well for us for our overall OKRP growth,” he told AgencySpy.

“We were doing so much volume that it was really important for us to create a space within our office space that there could be a little more focused attention,” he added. “At some point, it was better for us to find another space in the building.”

Whiskey & Bananas’ expansion is also a response to client demand for quick delivery of content, he explained, including a project with Nike Chicago.

“Those are real fast projects. Those tend not to last more than four to six weeks,” he said. “We need to come into it with our maker mindset with effective time in ideation but quickly moving it from ideation into production.”

“We bring that production mindset to the table when we’re ideating,” he added, with a knowledge of client budgets informing the process from the beginning. “It’s very budget oriented … and that really compresses [projects] into an even shorter time frame.”

There’s also a hope that the expanded practice can deliver new business opportunities.

“We’re taking on more projects that might not have to go through the OKRP channel. As we look at new client opportunities, that kind of model might open up some prospects that happen to be outside of Chicago,” Reinhard said. “There’s a few cities where we think we have relationships where we can expand and develop that production acumen even further.”

Whiskey & Bananas is actively looking to expand its team with the move into the new space, currently seeking to add up to six employees.