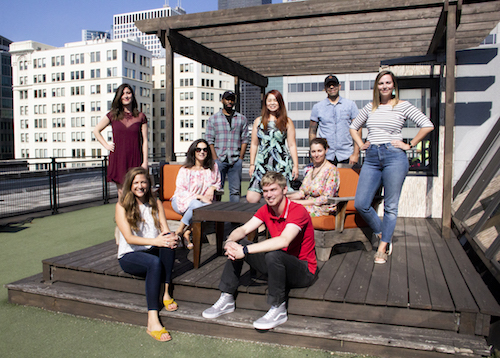 The Chicago-based agency welcomed two creative directors, four associate creative directors, a senior art director, a digital visual designer and a designer. OKRP’s new arrivals follow Chili’s naming the agency as AOR this May, after previously working with OKRP on a project basis.

“We have been fortunate to be able to attract exciting new talent that work across platforms delivering the highest level of creative excellence,” OKRP chief creative officer Matt Reinhard said in a statement. “To see the diversity of talent and people we have been fortunate to bring in as we enter our fifth year is a nice acknowledgement of the open culture we’ve built and the caliber of work we are producing for our clients.”

Carolyn Bergen and Michelle Litos will partner as creative directors on the agency’s Big Lots account.

Bergen has freelanced with OKRP since December of 2017, following stints as a freelance creative director/copywriter for agencies including Leo Burnett Chicago, Arc Worldwide and Shafer Condon Carter, working with clients such as Kellogg’s, Pfizer and Secret. Prior to going freelance she spent four years with mcgarrybowen as a group creative director and copywriter, helping bring in the Crystal Light and Mio water accounts and working with clients including Kraft and Disney.

Litos has previously worked as a freelance art director and associate creative director with agencies including SapientNitro, Havas, BBDO, Cramer-Krasselt and Y&R, working with clients such as McDonald’s, P&G, Kraft, Secret, Nissan and Citibank. Prior to going freelance in 2014, Litos spent over a decade with Cramer-Krasselt, most recently serving as a senior art director. During her time at Cramer-Krasselt she worked with brands including Corona, Heinz, Panera, Ore-Ida, Hyatt, AirTran Airways, Porsche, Sealy and Edward Jones.