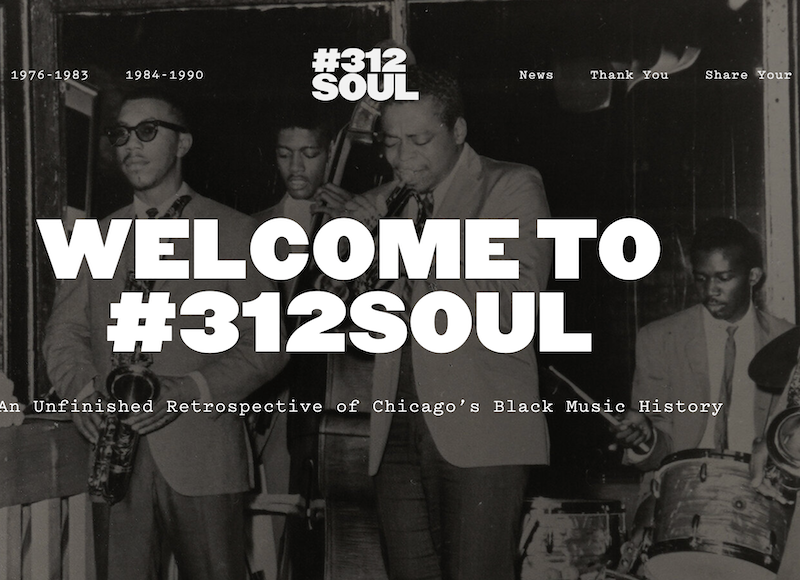 From jazz to Chess Records to Noname, Chicago has quite the musical legacy.

Entitled #312Soul: An Unfinished Retrospective of Chicago’s Black Music History, the series shares untold stories and celebrates unsung stars of the Windy City’s music scene from 1955 to 1990, from soul to funk and horns to house.

“Music is at the heart of our best work. Music inspires how we shape stories for brands—the jingles we write for clients, the range of genres we tap into for online video and network commercials, and even the playlists we curate for the agency,” OKRP co-founder and chief product officer Matt Reinhard said in a statement. “We partnered with Vince Lawrence to help bring together Chicago’s living music legends, providing a digital stage to share their untold stories.”

The series takes visitors through the evolution of the city’s music, from the famed Chicago blues sound to the modern era. Among the first video sessions, conducted by producer Vince Lawrence, is a conversation with singer/songwriter and producer Gene Chandler, who explains how he and his band created 1962 chart-topper “Duke of Earl” during a warm-up exercise. Lawrence also wrote a piece of original music for the series, with musical arrangement by Tom Washington.

“Chicago music has been at the forefront of music culture for the last 50 years. Almost every relevant culture shift in black music has stemmed from Chicago as of late, changing the face of music as we know it,” Lawrence said in a statement. “Chicago has given birth to some of the greatest artists of all time who have in turn had profound influence on other artists around the world. Just consider the impact of Chicago’s Curtis Mayfield, Etta James, Kanye West, Chaka Khan, Chance the Rapper, Earth Wind and Fire, Lupe Fiasco, Ramsey Lewis and the list goes on.”

The celebration will be broken up into weekly series documenting different eras.

Week One dealt with 1955-1966 and included artists such as Gene Chandler, Major Lance, Etta James and Betty Everett. Week two highlights 1967-1976 and celebrates The Impressions, Willie Henderson, The Staples Singers, The Chi-Lites, Baby Huey and Curtis Mayfield, and includes an interview with Eddie Thomas, who formed Curtom Records in partnership with Mayfield.

Week Three will document the disco and DJ era of 1977-1984 and feature Chicago dance music artists such as Linda Clifford, Earth, Wind & Fire, The Emotions and Chaka Khan. Featuring interviews with Captain Sky, the series closes with “On and On,” the 1984 Jesse Saunders & Vince Lawrence dance club hit many credit with sparking the house movement.

Week Four picks up on the thread with a look at Chicago’s house scene from 1985-1990 and its global influence. It features artists such as Frankie Knuckles, Ron Hardy, Wayne Williams and Marshall Jefferson.