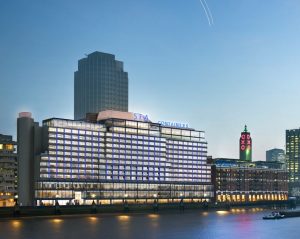 Today the London office of Ogilvy appears to have attempted some truly radical transparency by offering paid buyouts, or “voluntary redundancy,” to all employees who choose that option.

First we must explain a bit.

Labor laws in Europe are considerably more protective of workers’ rights than they are here in the U.S. because socialism, as this handy guide will tell you. So it’s more difficult to significantly reduce the size of your office or company by straight-up letting people go.

“This offer of voluntary redundancy is the final stage in Ogilvy UK’s transformation journey. Our intent is to be as transparent as possible and provide our people with choices as we continue to reshape our business for the future. The intent of these actions is to enable us to reinvest for the future.”

An Ogilvy spokesperson declined to elaborate.

Parties close to the business, however, indicate that this is a “rip the bandage off” approach to the same sort of changes that Ogilvy has undergone in the U.S. You may recall that the agency’s “2.0 plan” was a legitimate restructuring that involved cutting the number of service groups from 9 to 7 and, more significantly, reducing their leadership from 25 executives to 8.

As part of the subsequent rebranding, Ogilvy eliminated several of its internal sub-brands like OgilvyOne, Ogilvy PR and Social@Ogilvy in favor of “crafts” and “core capabilities” within the larger agency group.

The same thing is happening in London as the office moves away from traditional ad services and attempts to become a more truly integrated company.

Some people, of course, would rather not go along–hence today’s internal email inviting all volunteers to speak now or forever hold their peace, especially if they came aboard before the changes started in earnest with the departure of CEO Annette King late last year and promotion of former Ogilvy PR EMEA CEO Michael Frohlich to replace her in February.

Since then, the agency has parted with its chief strategy officer, CCOs, chief client officer and chief production officer, each reported by our colleagues and competitors across the pond.

We asked a British friend how many employees might take up such an offer, and the answer was “not many.” With Brexit fast approaching, quite a few in the London agency scene are just as (legitimately) paranoid about job security as their Stateside peers.

Now we have to wonder how such a brutally honest move would go over at a New York, Chicago or L.A. agency.