NEXT:This Is What Wild Turkey Gets for Spending $4 Million on Creative Director Matthew McConaughey
PREVIOUS:Thursday Odds and Ends 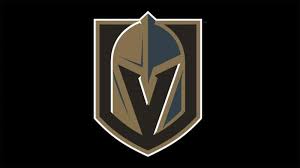 “We are beyond excited at the opportunity to work with the Vegas Golden Knights,” SK+G managing director John Schadler said in a statement. “We feel honored to be a part of launching the city’s first major league sports team.”

“We are excited to partner with SK+G during our inaugural NHL season,” added Vegas Golden Knights chief marketing officer Brian Killingsworth. “We were impressed with their passion and creativity. It was also important that we work with a home-grown agency that’s ‘Vegas Born’ just like the Golden Knights. As a member of the Las Vegas community, we want to support local businesses.”

The Vegas Golden Knights will make their debut during the upcoming 2017-2018 NHL Season as part of the Pacific Division of the Western Conference. Owned by a Black Knight Sports & Entertainment consortium led by Bill Foley, the team will play its home games at the T-Mobile Arena on the Las Vegas strip.