NEXT:Fake News: Figliulo & Partners' First Spot for CNN Reminds Us That an Apple Is Not a Banana
PREVIOUS:Ogilvy's Heads of Planning, Content, Experiential Depart Amid More U.S. Restructuring 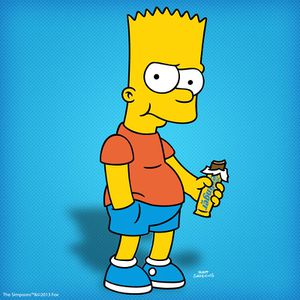 The win includes social, digital and TV work. Moving forward, the independent shop will work with media shop MVM // Metavision Media on strategy for the two brands, each of which has an annual paid media spend of around $2 million.

Reach began working on some social media projects for Nestlé earlier this year and won the review, in part, on the strength of that relationship.

From co-founder Gabe Gordon: “These are iconic brands, it’s an honor to be their creative agency. We’re going to make them top of mind for a new digital-facing generation of consumers.”

The client’s US senior brand manager for chocolate and confections Maleeda Wagner cited Reach’s “agile and collaborative approach” in explaining the win.

Dailey & Associates of L.A. had been creative AOR on Butterfinger for several years and created the brand’s 2014 Super Bowl spot. Threshold Interactive won the digital part of the business in the big consolidation that occurred the same year, though we heard from several parties that 360i picked it up in late 2015.

It is not clear whether Dailey participated in the Butterfinger review. It will continue to work on Nestlé brands Sweet Tarts and Carnation Breakfast Essentials.

Reach, which was founded by Gordon and fellow WME brand marketing veteran Frank Catapano, is unique in its lack of creative directors, with every employee allegedly working on strategy, creative, production and analytics.

Its first work as Butterfinger lead will be “a specialized Halloween campaign,” with “an all new campaign, tagline and visual identity for the [Crunch] brand” set to launch in January after seven ad-free years from the brand. A new product should debut early next year as well.