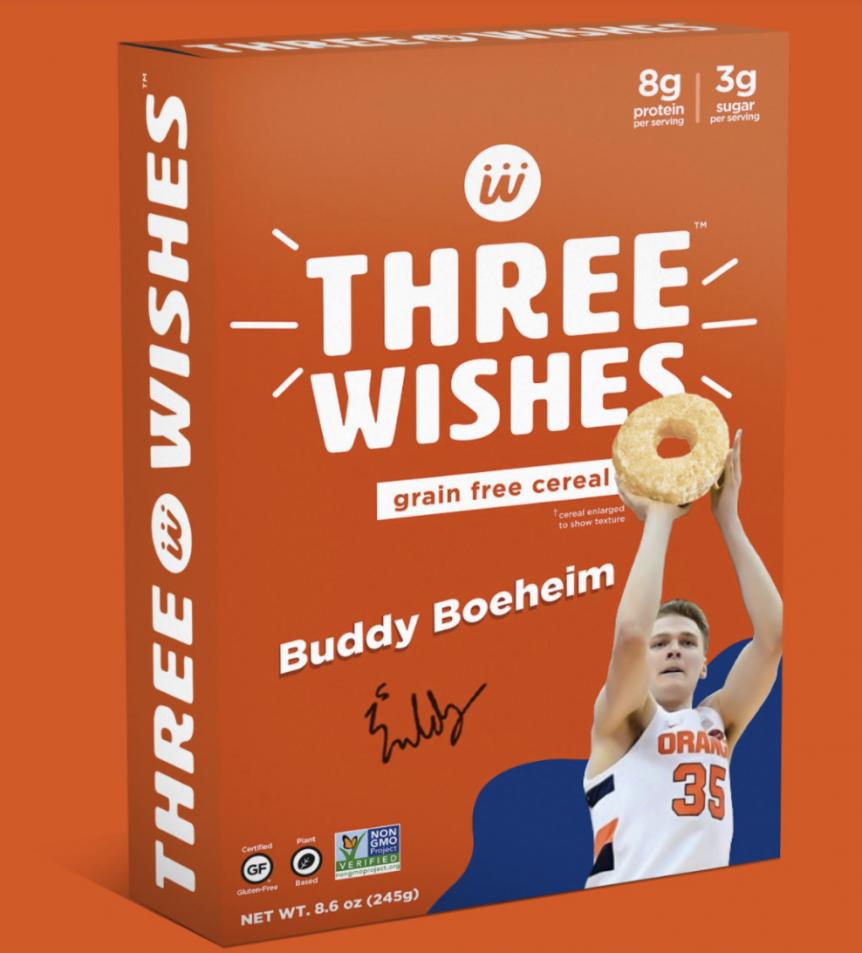 When the Supreme Court ruled that NCAA athletes could begin profiting off their name, image and likeness (NIL), brands rushed to sign athletes to contracts. One cereal brand found a willing basketball player to promote its product and rushed out what may be the first traditional ad campaign after the sponsor ban was lifted on July 1.

Cereal brand Three Wishes, which was started by creative agency owner Ian Wishingrad of BigEyedWish and his wife Margaret Wishingrad, signed Syracuse basketball star Buddy Boeheim to promote its product, and did so through collegiate and professional ties. Wishingrad, who is also an Adweek contributor, had worked with Boeheim’s mother, Juli Boeheim, years before, and so when the ban on sponsors was lifted, he pulled out his Rolodex and reconnected to pull in Buddy Boeheim as a spokesperson. It also helped that Wishingrad went to Syracuse and had a previous run-in with the NCAA.

“This spot is full circle for me,” Wishingrad told Adweek. “Back when I was a senior at Syracuse, I created a line of t-shirts based on a student athlete’s name as a pun and was sent a cease and desist from the university based on these NIL laws. I was petrified, but ended up using it in my book to land my first agency job. Right when we heard the ban was lifted for NCAA athletes, I knew I had to get back up to Syracuse for a shoot. Buddy couldn’t have been a better partner for this, and we’re excited to see the spot go live.”

What helped get the spot produced quickly was that Wishingrad had his own agency and was co-founder of the brand, so essentially everything was in-house, making communication easy and production logistics simple.

The spot shows sharpshooter Boeheim practicing 3-point shots, then turning to the camera and saying “Try Three Wishes cereal,” except he mispronounces it “Three Swishes” and even throws in “Three Wishes Syracuse” at one point.

The cereal brand is also making a limited edition “Buddy Box” of cereal with Boeheim’s image on it.

Details of the deal were not disclosed, but the agency said that Boeheim is being paid both in cash plus a revenue share of the “Buddy Box” of cereal.

“Since these types of sponsorships are brand new to NCAA players, this opportunity actually came through my mom rather than an agent, as we’re all beginning to navigate what that will look like moving forward,” Buddy Boeheim told Adweek. “She worked with the co-founder of Three Wishes, Ian Wishingrad, years prior, who reached out about his cereal brand. After trying the cereal, I loved it—and Ian’s a Syracuse alum. It just felt right for my first advertisement and it came out great.”