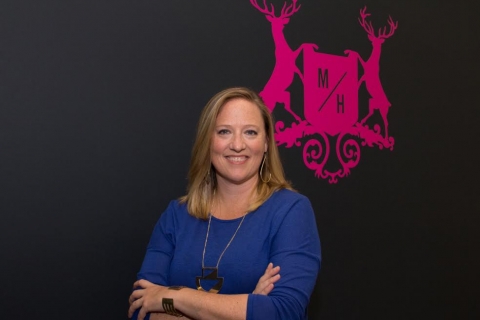 Elephant, the still-kind-of-mysterious design agency launched by IPG’s Huge network a couple of years ago to serve a single client called Apple, is now in expansion mode.

Just check out the website, which has evolved to read, “Elephant was originally created to work with Apple. Today, our mission is to create value for companies by creating value for people.” At one point, it was a single page whose only copy read “by appointment only.”

The agency is on something of a hiring spree, most recently bringing Muh-tay-zik | Hof-fer director of brand strategy Rachel Gold aboard to serve as vp of strategy in its San Francisco office.

“At Elephant, we keep our clients, new business wins, ongoing projects and talent hires strictly confidential,” said CEO Eric Moore, who was president of client services at Huge’s Brooklyn, N.Y., headquarters before taking over Elephant in late 2016. “Yet, we are happy to confirm that Elephant is experiencing unprecedented growth across all of our offices, and that a new leader will join our strategy teams led by Auro Trini Castelli, managing director, strategy.”

As noted above, Elephant is hesitant to discuss its clients—which is not particularly surprising to anyone who has ever tried to get Apple to comment on anything.

But we do hear that the agency has added additional accounts in the tech and telecom sectors to its roster. How else would it be able to open locations in New York and San Francisco, not to mention taking over Huge’s Los Angeles office a couple of months ago?

Gold joined Muh-tay-zik \ Hof-fer in 2015 after holding leadership roles at various tech-focused design and branding firms in the Bay Area, in addition to working in-house at companies like Adobe. Her last day with the agency was today.

In other news, we have yet to receive any updates on new leadership in the New York office following the departures of its president, ecd and director of strategy last November.