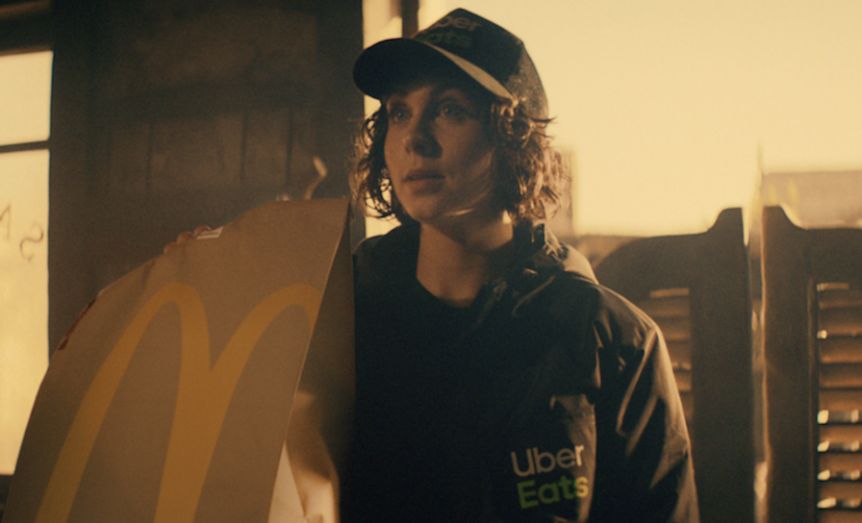 McDonald’s has been busy pushing its delivery service as of late. This year alone, we’ve seen McDelivery campaigns from France, Singapore and Sweden, and now London has added its name to this honorable list.

Via Leo Burnett London comes a series of 10-second ads that mix movie tropes and McDelivery. The spots are a result of a sponsorship deal between British broadcaster ITV and McDelivery that lets the latter advertise the service during the former’s nighttime movie programming.

The short spots, some of which are strung together below, each channel a particular movie genre; in the “rom com” one, a teenager decked out in ‘80s prom getup prepares to meet her date when she hears the doorbell ring, but is instead met with a McDelivery.

“We are delighted to launch this sponsorship, which will ramp up awareness of McDelivery, making it easier than ever for our customers to enjoy their favourite McDonald’s menu items, as they tuck into a range of their favourite films,” said Ben Fox, marketing director at McDonald’s UK&I, in a statement.