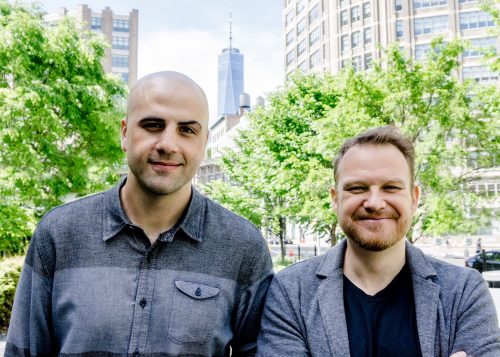 In the new role at the agency, Robinson will focus primarily on the Verizon, American Express and SAP accounts, while cultivating creative talent and advancing the agency’creative culture. He will be based out out of Momentum’s New York office and report directly to chief creative officer, North America Omid Farhang (pictured, left).

“The time is right for the organization to take our next leap forward, and that means raising the caliber of our creative leadership. James is the rare creative who brings not only tremendous craft and work ethic, but also tremendous heart,” Farhang said in a statement.

“Many times the ideas that truly represent the best of an agency’s thinking, the ones that push what is possible and break the brand out of its traditional media channels to put it smack dab into the middle of people’s lives are the ones that live in the back of deck. These are the ideas that almost always win pitches, but are also the ones that often never come to fruition,” Robinson added. “Momentum represents that untapped potential and creativity. The agency’s clients come to see those winning pitch ideas brought to life because Momentum has the credibility to sell them and the technical ability to pull them off. As someone who has spent the majority of my career fighting to see those ideas brought to life, Momentum feels like coming home.”