NEXT:Monday Morning Stir
PREVIOUS:Fake News: Figliulo & Partners' First Spot for CNN Reminds Us That an Apple Is Not a Banana 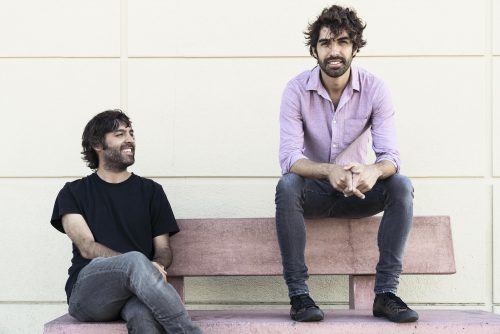 Rosés and Portas arrive from Saatchi & Saatchi Los Angeles, where they served as senior art director and senior copywriter, respectively, and worked on the Toyota account. Prior to that they spent over two years as art director and copywriter with R/GA L.A., working with brands such as Nike, Beat by Dre, the NFL and Western Digital. After beginning their career in their native Spain, they left Lola Madrid to join Leo Burnett Chicago on the Samsung account in September of 2013.

“Alfredo and Alberto are wildly talented and passionate,” Mistress creative partner Damien Eley said in a statement. “Yes they look almost identical, but they are both uniquely talented. It took us almost a year of searching to find creatives of their experience and caliber. They also add to the global dimension of Mistress which is core to our DNA.

“We’re excited to begin this new chapter with Mistress,” addedRosés and Portas. “Mistress is the most exciting agency on the West Coast, or any coast. She moves so much faster than other agencies, and is plugged directly into modern media. We hope to learn from the very talented people here, make clients successful, win awards and have fun on the way. Because advertising without fun is not advertising.”