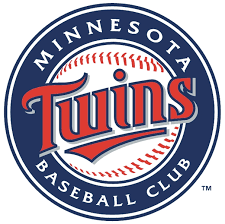 As the Minnesota Twins celebrate a 16-0 blowout of the San Diego Padres attempt to lock in the second AL Wild Card spot, Minnesota agency Carmichael Lynch has a win of its own to announce.

The MLB team named the Minneapolis as its new agency or record, following a review, ending a 13-year relationship with fellow Twin Cities shop Periscope. The latter shop did not defend its account.

When Periscope was first named AOR back in September of 2004, the account was valued at an estimated $1 million per year. It’s unclear if the business still approaches that estimation, as the Twins organization has taken more of its advertising work in-house in recent years.

Carmichael Lynch will be tasked with handling creative, brand strategy, media planning and buying for the Twins, with the assignment encompassing TV, radio, experiential, website, digital display and collateral design.

“The Minnesota Twins are thrilled to be in partnership with Carmichael Lynch as we collectively work to grow our brand and develop deeper connections with our fans and community,” Twins president and CEO Dave St. Peter said in a statement. “All of us with the Twins are excited to be working with the talented and experienced Carmichael Lynch team and look forward to the creation of great work that engages Twins Territory.”

“As our hometown team, helping tell the Twins’ story and rallying their fans means a lot to us as an agency,” added Carmichael Lynch CEO Marcus Fischer. “This is an exciting opportunity to bring a cohesive idea and strategy to life across all disciplines and build on the team’s momentum. We’re looking forward to the work ahead.”

From Periscope CCO Peter Nicholson, who explains a bit about the change:

“Periscope has been AOR for the Minnesota Twins since 2004, creating celebrated work such as the ‘This is Twins Territory‘ campaign, which became a Minnesota state rallying cry and helped secure a new stadium for Minneapolis. Recently, we recommended a more comprehensive integrated campaign to address lagging ticket sales but were not able to align with the Twins on a more modern communications strategy. The Twins also made the decision to bring more of the creative work in-house—work that is at the core of what we do. So, as much as we love our home team, we agreed at the beginning of the year that we would part ways at the end of 2017.”

The assignment is effective immediately and Carmichael Lynch’s first work for the Twins is expected to launch at the start of the 2018 MLB season.