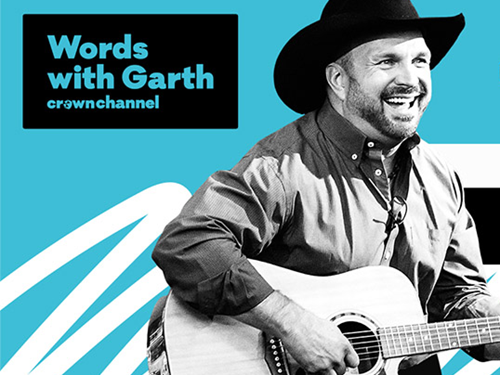 The video game streaming world is never short of drama. Let’s start with Microsoft and Facebook:

Sources: Facebook offered an insane offer at almost double for the original Mixer contracts of Ninja and Shroud but Loaded/Ninja/Shroud said no and forced Mixer to buy them out. Ninja made ~$30M from Mixer, and Shroud made ~$10M

Mixer’s failure has plenty of causes. Despite spending millions for two channels consistently in the top five on Twitch, Mixer’s hours watched didn’t increase. Mixer’s inevitable doom has apparently been in the works for a while. Still, accusations of racism from Mixer executives to a Black employee on Sunday night may have hastened the collapse.

The social media team, likely unaware of the looming decision (as many employees were), posted a statement pledging to build a more inclusive environment. Not even a day later, the shutdown was announced. We know a lot of the corporate pledges on social media to increase inclusivity are merely lip service, but this truly takes it to another, sad level.

Facebook didn’t buy Mixer; it only provided a new home for Mixer streamers if they wanted to switch, according to Breslau, who live-tweeted the NDA-protected stream for confused creators. Facebook also offered stipend payments to Mixer streamers who made the change.

But no one in Gen Z is touching Facebook if they can help it and streamers apparently know they risk losing the vast majority of their audience if they jump to the Zuckerberg wasteland.

We realize that this is confusing, but stay with us here, there’s more—this time, with Amazon.

Mixer shutting down and sending streamers back to Twitch is undoubtedly a win for Amazon, but that only obscured a mistimed launch of a new product. Twitch Prime, a separate division of Amazon Prime (not Twitch, go figure), announced the Crown Channel today. But gamers got an accidental sneak peek and weren’t happy.

The Crown Channel produces original live programming. The content we’ve seen is more short form, compared to other Twitch content (but, don’t forget, Twitch Prime is not part of Twitch, but this channel shows up on a Twitch.tv link … yeah). A statement touts “studio-quality entertainment and production values.” One of the main launch offerings was “Words With Garth,” where country musician Garth Brooks plays Words With Friends with other celebrities.

Yeah, it’s as weird as it sounds.

But the stream, which was a recording of a live broadcast (so, technically, prerecorded?)—unlike most of Twitch’s current live content—appeared early embedded in a few websites, including Politico, sending viewership counts skyrocketing but with no information as to where the new show had come from.

100,000 'viewers' for Words with Friends from 'crown' pic.twitter.com/cQqOtICeku

Some accused Twitch Prime of “view-botting” (artificial inflation of live view count), and comments on the stream were struck down by moderators. Viewership counts on streaming sites have been in a constant state of flux.

Everyone in a media company remembers Facebook inflating viewership counts on videos as people scrolled through their timeline. “The pivot to video” caused many to lose their jobs. These embedded streams have shades of the same issue.

The concern for Twitch creators is that inflated view counts like this hurt advertising opportunities for streamers with actual communities.

I get this is not a violation of any @Twitch rule, but I'm fairly certain this will harm advertiser sentiment – hurting us all in the long run? https://t.co/FqbQ1gSycV

A source familiar with the channel said: “The Crown Channel doesn’t use bots. Some of its shows attract a portion of viewers who are new to Twitch. This can lead to different chat volume and usage than you might see from regular Twitch users. The Crown Channel also makes paid media buys to help it grow the audience for this new kind of programming.”

100,000 viewers is a ton for one individual Twitch channel, and the only way to reach that number for a new show is through embedding videos. Let’s be honest, no one reading a Politico article about the Supreme Court stops halfway through to watch a country musician play Words With Friends.

The Crown Channel does offer more seamless integration of branded content than Twitch had previously—but beware faulty viewership counts coming from embedded streams. There’s a reason the most prominent esports event organizers turned to Nielsen to measure viewership for advertisers instead of relying on metrics from streaming services.

It’s been a weird week for video game streaming. And if, after reading this, you need a nap, we won’t blame you—so much drama.