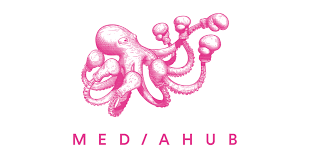 Mediahub went through a round of layoffs across its U.S. offices and implemented a number of other cost-cutting measures, the agency confirmed.

“In response to this unprecedented situation brought on by Covid-19, we’ve taken a number of measures to mitigate the impact on our people and our business, starting with management pay cuts, reductions in T&E and awards spending, and freezing hiring and filling open roles internally,” a Mediahub representative said in a statement. “Unfortunately, we still had to let go of some of our employees this week, a difficult step we do not take lightly. We are doing everything we can to support those impacted during this time.”

The layoffs impacted less than 5% of Mediahub’s staff across the U.S. and primarily targeted the Boston office, due to travel clients it handles, a source with direct knowledge of the agency’s operations told AgencySpy. Mediahub counts Royal Caribbean and Wyndham Hotels and Resorts among its client roster.

Other employees were moved to reduced hours with the hopes of scaling them back up to full-time as business returns, according to this source. Mediahub is providing healthcare coverage for the employees it laid off for three months, as well as providing indefinite access to IPG’s employee assistance program to aid in job placement, the source explained.

Earlier this month, MullenLowe went through a round of layoffs across its Boston, New York and Los Angeles offices. Shortly following the news, IPG CEO Michael Roth addressed layoffs and other cost-cutting measures across the holding company’s agencies in an internal memo. Last week, IPG Mediabrands implemented a series of layoffs and furloughs across its agencies, which a representative said impacted less than 5% of staff.