NEXT:This Creative Director Got an Endorsement From Gilbert Gottfried (Sort Of)
PREVIOUS:Barnes & Noble Is Hoping Summer Reads Are Still a Thing 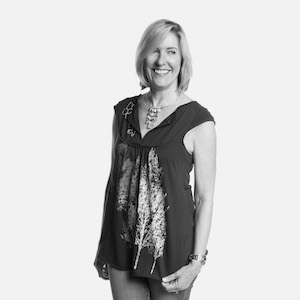 Durham agency McKinney has promoted Lisa Hughes to the role of executive director of account management.

Hughes has climbed the ranks at the agency since joining 20 years ago. Along the way, she’s spearheaded McKinney’s 11-year relationship with Sherwin-Williams and led the team that invented Travelocity’s Roaming Gnome character. During her tenure at the shop, she’s also worked with clients including P&G, DuPont, Lenovo, Gold’s Gym, Coldwell Banker, Aetna and the Ad Council.

“Throughout her time at McKinney, Lisa has elevated our account management practice in all aspects,” McKinney CEO Joe Maglio said in a statement. “Being entrenched in a client’s business is a critical area where we can add value, and she has demonstrated this time and time again. I look forward to Lisa’s skills being brought to bear across all of our client partnerships.”

Hughes recently served as an adjunct professor at the University of North Carolina’s School of Media and Journalism, where she taught the university’s first course in advertising agency account management during the 2019 spring semester.

In a statement, she said she “couldn’t be more excited” about her new position.

“We believe relationships form the foundation for powerful and effective work,” she stated. “I see this as an opportunity to inspire and support our account management team to take the agency’s long tradition of building strong, successful client relationships to the next level.”

Last year, McKinney hired Jasmine Dadlani from Cramer-Krasselt to serve as director of strategy in its New York office. Recently, the Durham-based shop expanded to the West Coast via its acquisition of Operam Creative Group in Los Angeles.

It also was named agency of record by Choice Hotels earlier this year.