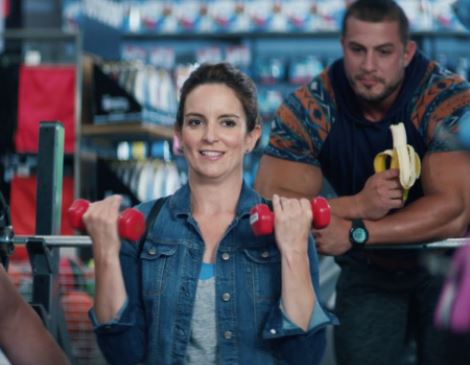 Today American Express confirmed that it has moved its global brand work from Ogilvy to Mcgarrybowen without a review.

A client spokesperson provided the following statement to Adweek:

“Mcgarrybowen will be working with us on developing a new global brand platform that will bring together all of our brand and product-related work under one umbrella. The new platform will capture the innovative work that is underway throughout our company and reflect the diversity of our business here in the U.S. and internationally.”

More specifically, Mcgarrybowen will handle the global creative brand campaigns as well as U.S. executions while Ogilvy will continue working on international executions and keep “some of their current [unspecified] U.S. work.”

The size of these respective assignments in terms of revenue is not clear, but American Express spent more than $500 million on paid media in the U.S. last year, according to Kantar Media.

Both Ogilvy and Mcgarrybowen deferred to the client, which didn’t elaborate on the reasons for the shift or the work to come. But American Express made some big changes to its marketing team last year as longtime CMO John Hayes departed after helping to launch its new global marketing operations group. The company does not currently list a CMO, but VP of marketing operations Mike McCormack currently leads the aforementioned group with Elizabeth Rutledge serving as EVP, global advertising and media and reporting directly to CEO Kenneth I. Chenault.

According to one party who worked with Mcgarrybowen in the past, agency leadership has been known for developing relationships with C-level client leaders before effectively “swooping in” and winning accounts away from competitors—in many cases without a review.

Gordon Bowen, who co-founded the agency and currently serves as chairman, also worked with American Express while he was a creative leader at Ogilvy. The agency’s site credits him with developing both the “Membership has its privileges” campaign and “Chase Freedom,” which it describes as “the most successful credit card launch in history.”

Despite the fact that Ogilvy remains on the AmEx roster, this shift marks a significant loss for the agency, which has been working with the credit card company since 1962.

This isn’t the first time the client has moved work away from Ogilvy: back in 1991, TBWA won what The New York Times described as “the most prestigious part of that account” promoting the green charge card.

That Stuart Elliott article provides a couple of serious blasts from the past. First, TBWA was then called “Chiat/Day/Mojo Inc.” And then there are these two paragraphs:

Ogilvy New York was so concerned that even after Gordon Bowen, its executive creative director, decided to depart for McCann-Erickson New York, he remained through the summer to complete work on the account.

We hear this week’s news came as a surprise to everyone but American Express—and, of course, Mcgarrybowen. The agency has already begun production on its first brand work, which will debut early next year.