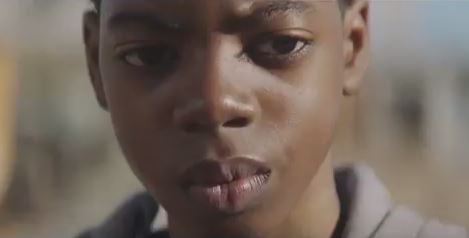 Bear with us here, because this is kind of an unusual one.

“American global security, aerospace and defense technology company” Northrop Grumman (read: they make multi-billion dollar military aircraft) released a new campaign by longtime AOR mcgarrybowen over Final Four weekend. It’s the company’s first-ever consumer-facing recruitment effort, and it’s all about how working with defense technology can give you super powers. Or help make them a reality.

In the first spot, a young girl becomes invisible…or fantasizes about the ability to do years later while working as a successful professional who helps create stealth technology for military aircraft.

That was something different. Next, a similar play on the theme of x-ray vision. Always a big one with the kids.

So obviously, the kid in that throwback scene couldn’t really see through those metal objects. His adult self was just thinking, imagine if I could do the things I’m able to do now back then, when they would have been really valuable!

Or maybe it’s all about how the dreams of x-ray vision as a kid inspired his work on the project that made it a reality. Let’s allow the agency to explain.

“From putting mankind on the moon, to making a massive aircraft virtually undectectable, to unlocking the mysteries of Universe, when America has needed to do what has never been done before, they call Northrop Grumman. It’s exciting to work on such an inspiring brand. They blow our minds on a daily basis.”

Group managing director Steve Andercyk added, “The people at Northrop Grumman are like super heros who  develop these technologies that are helping our troops and government protect and enhance our way of life.”

What you really need to know, though, is that this is the company’s first non-B2B campaign and their first time advertising during the Final Four. But will they be able to attract talented engineers? We hear there’s a visa system for that.