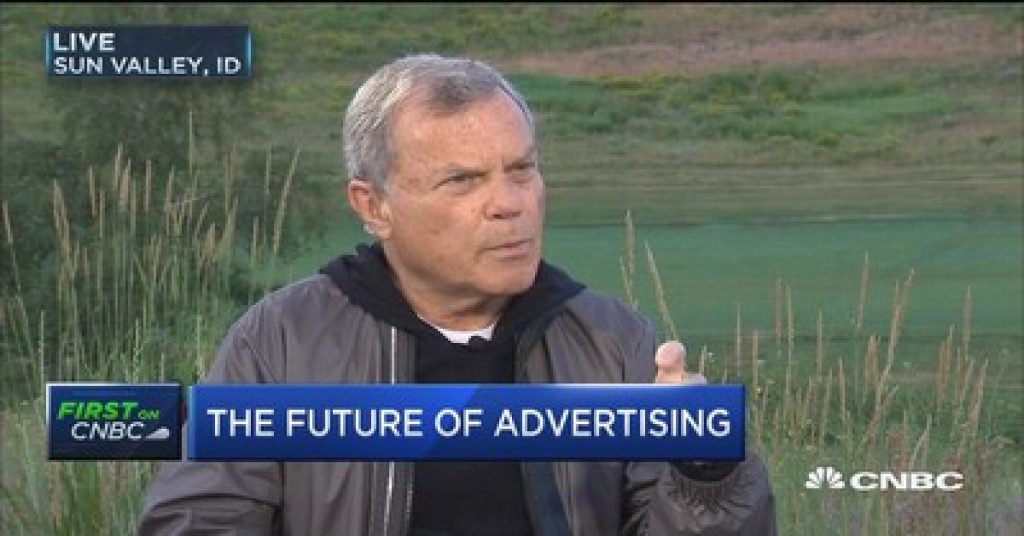 The moment we realized Snapchat is totally fucked occurred during vacation this summer, when we saw a couple wearing the Snap glasses while kayaking. It was kind of like wearing a hat that reads “TOURIST” in all caps.

Were they recording the whole experience? Were they putting dancing hot dog filters on it? Were they sending short videos of us idiots to their friends for the lulz?

Now that Snap’s stock is tanking and brands are using Instagram stories twice as often, one would think Evan regrets not taking that $3 billion offer from the Zuck.

But the company does have at least one defender: Sir Martin Sorrell.

Today, he told CNBC that WPP plans to double its investment in Snap for the year, making him one of very few executives currently bullish on the company’s prospects. He did clarify that WPP spends more than 10 times as much on Facebook buys, colorfully calling Snap “a flea on the elephant’s backside.”

But he still thinks the company can be “competitive as the third force” beyond, presumably, Facebook and YouTube.

On that note, earlier today the Wall Street Journal broke the news that Google will be following Facebook/Instagram’s lead in creating a Snap copycat called “Stamp.” The “stories” on this platform will consist of “several swipeable slides encompassing text, photos and video,” according to WSJ’s sources. And it will draw from Google’s all-powerful search machine, so it won’t be so difficult to follow people or find the sweet content. Holy crap, that is annoying.

Like any businessman, Sorrell sometimes seems to contradict himself, and less than a month ago he told CNBC that Facebook was “very successfully countering Snap” via Instagram stories. But this investment will definitely work out for WPP.