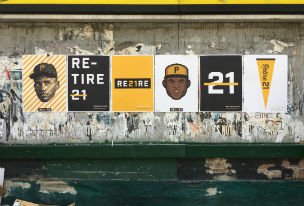 While individual teams routinely retire the numbers of former star players and managers, Major League Baseball has only ever retired one number throughout the league.

On April 15, 1997, the 50th anniversary of Jackie Robinson breaking the major league color barrier, commissioner Bud Selig announced that Robinson’s number 42 would be retired throughout baseball, with exceptions made for players then wearing the number, such as Yankees’ closer Mariano Rivera, who became the last player to regularly wear the number. Since the 2007 season, all players have worn the number on April 15 in honor of Jackie Robinson Day.

MARC USA and The Roberto Clemente Museum in Pittsburgh would like to make an addition for Pirates Hall of Famer Roberto Clemente. Efforts to permanently retire Clemente’s number date back several years and Maria Teresa Ruiz even sponsored a New Jersey State Senate Resolution that “Respectfully requests that Major League Baseball retire the number 21 in honor of the life and career of Roberto Clemente” in 2012.

Clemente was renowned not just for his performance on the field as a right fielder for the Pittsburgh Pirates (he was a 12-time All Star, 12-time Gold Glove winner, four-time NL batting champion, 1966 MVP and helped lead the Pirates to two World Series Championship) but for his off-field humanitarian efforts as well. He died in a plane crash on December 31, 1972, at the age of 38, while delivering aid to earthquake victims in Nicaragua.

Now MARC USA has launched a campaign to draw attention to The Roberto Clemente Museum’s renewed attempt to get Major League Baseball to retire Clemente’s number under its new commissioner, Rob Manfred. 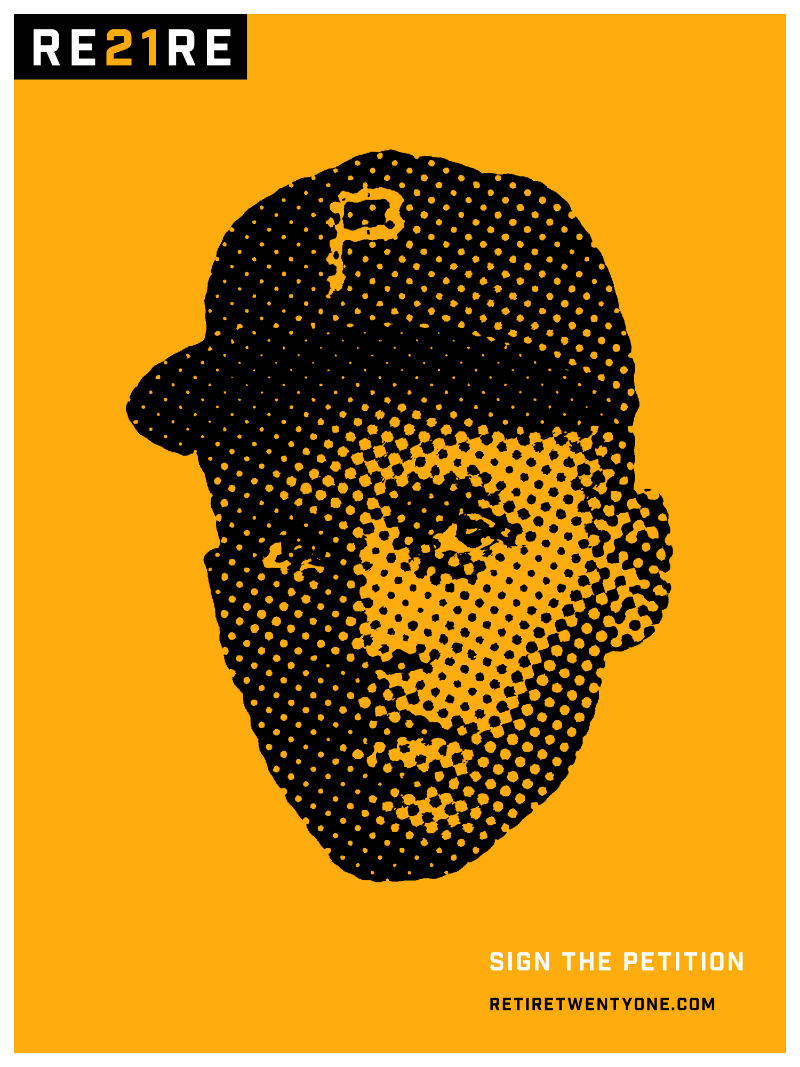 The “Retire 21” Change.org petition already has 2,796 signatures towards its goal of 5,000. On Tuesday, MARC USA and The Roberto Clemente Museum took the effort to the All Star Game at Marlins Park in Miami. Volunteers outside the stadium carried iPads making it easier for fans to sign the petition. The “Retire 21” campaign will continue the effort throughout July and August, visiting other MLB ballparks.

“Now is the right time to make 21 only the second number retired across the Major Leagues. In the 45 years since Roberto’s death, many younger fans no longer know his story – one that demonstrates the best of Major League Baseball and sets a shining example for all,” Roberto Clemente Museum executive director and curator Duane Rieder. “It’s time to appropriately honor Roberto Clemente’s legacy and inspire others on and off the field to emulate his character and courage.”

“We’re inviting active and retired players, the media and everyone who loves baseball to join the campaign, sign the online petition and spread the word through social media and word of mouth,” added MARC USA group creative director Greg Edwards, who helped lead the campaign. “We hope to have at least 100,000 signatures by Roberto’s birthday on August 18, and we’ll continue adding signatures and spreading the message until MLB Commissioner Rob Manfred gives us a hearing.”