Holiday parties can be a good way for employees to relieve stress and bond in a less formal environment. Unfortunately, the combination of alcohol and a more casual setting creates an environment some seek to exploit, making it a high-risk scenario for potential sexual harassment.

The “Christmas” spot at the center of Lucky Generals’ latest effort for timeTo, a U.K. organization created to address sexual harassment in the advertising and marketing industry via a collaboration between the Advertising Association, NABS and WACL, centers around one such scenario. A woman deals with a boss who becomes progressively more inappropriate in his requests for a dance at a holiday party, eventually tying it to a day off, while a male co-worker uncomfortably sits by.

Over the course of the ad, a red line appears on the screen as the situation gets progressively out of hand, putting viewers in the place of the co-worker witnessing the events unfold. The ad concludes as others in the campaign have, by asking viewers where they’d draw the line. Crucially, it then instructs viewers: “If you think you’ve witnessed sexual harassment, tell someone you trust or contact NABS confidentially,” followed by a link to timeTo.

A series of outdoor ads address similar situations and comments, ranging from inappropriate remarks about party attire to the easiest-to-make-creepy of all Christmas traditions: mistletoe. 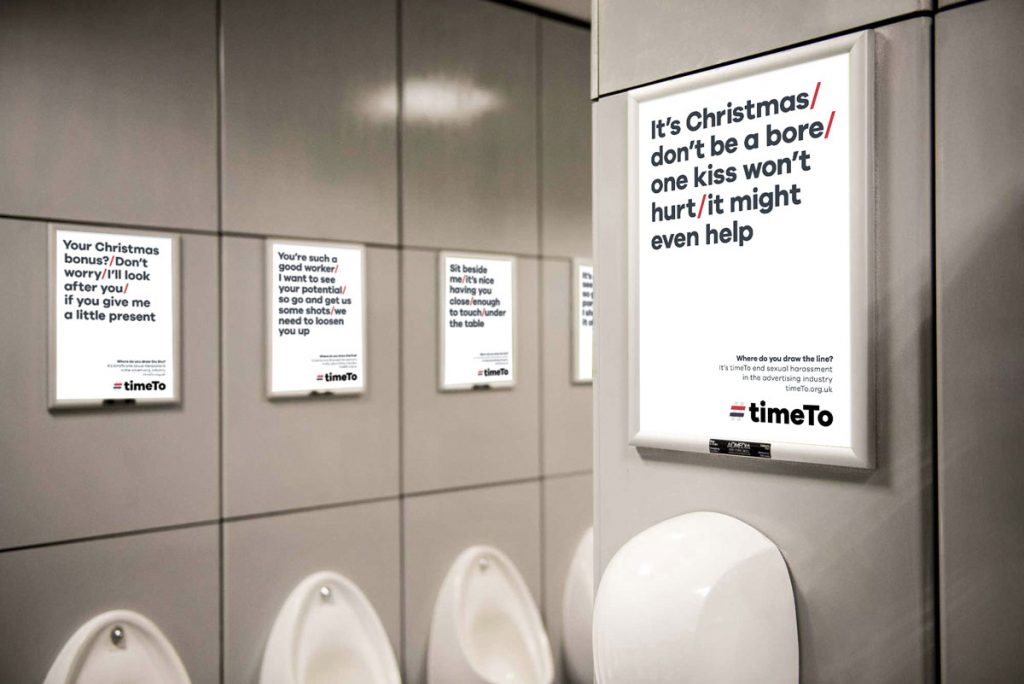 “Sexual harassment is a real and current problem in our industry and the Christmas office party is a known high-risk environment for incidents to take place,” Lucky Generals founding partner Helen Calcraft explained. “No one should experience sexual harassment and certainly no moment witnessed by another should go unreported. It is time for all of us to make sure everyone has a safe and fun time during this festive season.”

The organization is calling on companies to support timeTo by signing up on its website. Lucky Generals’ seasonal offering follows an OOH campaign greeting Cannes attendees at the airport this year. 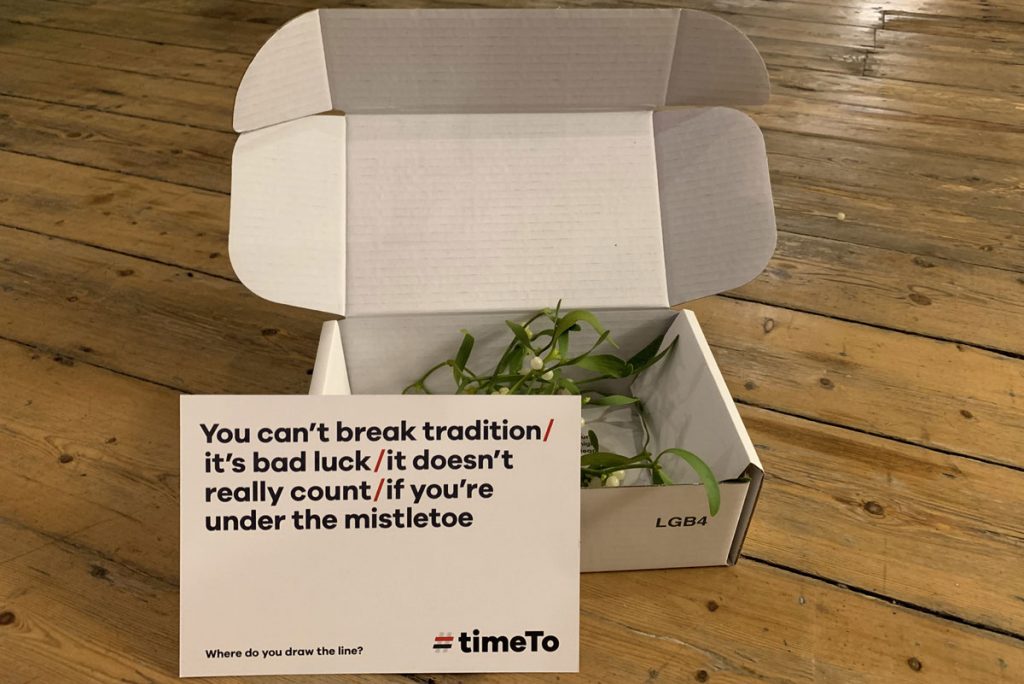 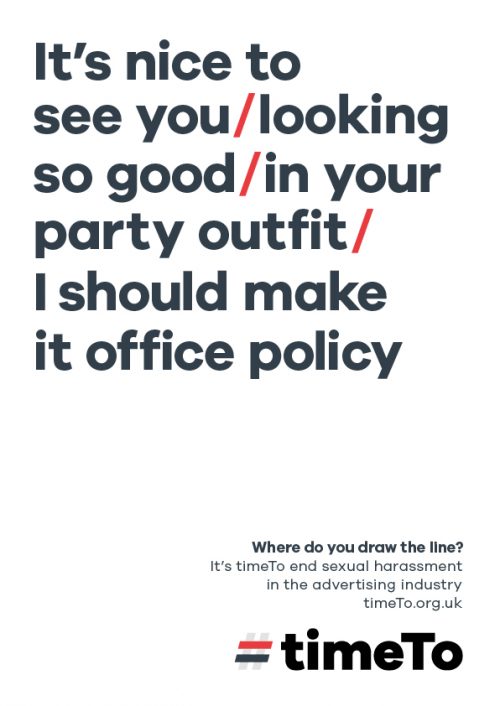