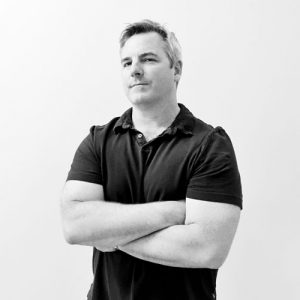 He left to accept an unspecified job at Film 44/45, the production company launched by director Peter Berg of Friday Night Lights fame. That business puts out sponsored content as well as scripted series and features like the recent Marky Mark joint “Mile 22.”

Palumbo joined Deutsch in 2009 after holding similar positions at Fallon, Wieden + Kennedy, Hill Holliday and JWT. He was named partner in 2012 as Deutsch L.A. arguably hit its creative stride with work for clients like Volkswagen including, most famously, “The Force.”

According to agency leadership, he both helped elevate the overall production offering and led the shift toward digital. CEO Mike Sheldon called him “simply one of the best in the business.”

A Deutsch spokesperson declined to comment on the news. Film 44/45 has not responded to an email sent yesterday.

The executive’s work throughout his career has been nominated for multiple Emmy awards; in 2002, Nike’s “Move” by W+K Portland took home the gold in the commercial category.

Palumbo and Berg have also collaborated in the past, most recently on this March spot starring Anna Faris, directed by Berg to promote movie ticket app Atom.

No word on who will be running the show at Deutsch’s newly expanded production division in his absence.

Earlier this month, the agency promoted Kelsey Hodgkin to lead strategy in L.A. following the departures of both CSO Rob Campbell and evp, head of strategy Lindsay Allison.