NEXT:Arnold Global CCO Jim Elliott Is Stepping Down After 2-Plus Years
PREVIOUS:Mekanism, Biden Foundation 'Autocorrect' Rape Culture Language in Latest 'It's On Us' PSA 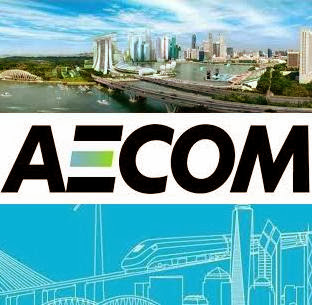 Battery, the independent Hollywood agency best known for its video game campaigns, has won a review to handle global advertising for AECOM, an American multinational construction and engineering firm.

The global remit follows a formal review, and this is no minor account: AECOM is currently on the Fortune 500 list, and its projects stretch from Aiken, South Carolina to Ethiopia.

In another sign of this company’s size, it recently won a $25 million consulting job for the Army Corps of Engineers and, earlier this month, announced plans for $3.5 billion in acquisitions anticipating President Trump’s (proposed) grand infrastructure spending project.

“This is a major honor and responsibility,” said Battery CEO and co-founder Anson Sowby. “AECOM is a huge engine that builds infrastructure around the country and the globe. We’re proud to be working with them, helping them create awareness of the brand, their extraordinary projects and incredible employees.” CCO Philip Khosid called the client “a company that turns dreams into reality, solving many of the world’s most complex infrastructure challenges” and “a truly unique brand, with an important corporate story to tell.”

Anomaly was AECOM’s creative agency of record prior to this decision. Wolff Olins worked on a branding project for the company in 2012, and the review followed the October 2016 promotion of SVP, chief communications officer Heather Rim to oversee marketing.

Here’s an Anomaly campaign that debuted around the same time.

Regarding the news, Rim said, “Battery impressed us with their ability to produce creative work that both emotionally resonates and drives business forward,” adding, “We look forward to showcasing our work together throughout the year ahead.”

Despite AECOM’s influence, the company spent just under $500,000 on measured media in 2015 according to Kantar Media.

The first campaign marking the new partnership with Battery will launch this week in the form of a 6,500 square foot billboard overlooking L.A.’s Highway 405.