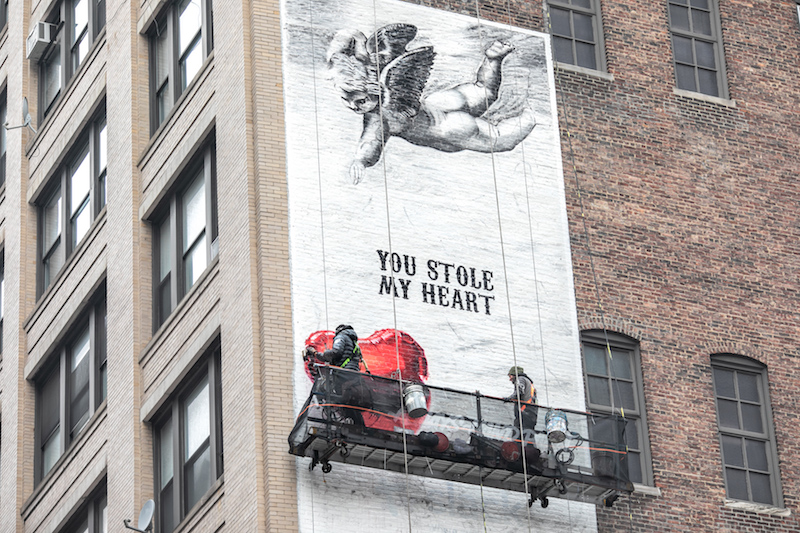 A seemingly ordinary Valentine’s Day message may not be what you expect.

The mural on a building on 29th St. & 6th Ave. appears to be typical Valentine’s Day fair. Painting began on February 5 and was completed on the 8th. The mural features a cupid, heart and the message, “You stole my heart,” the kind of seasonal sentiment that’s pretty easy to overlook on a commute. We’re told, however, there’s more than meets the eye here—or at least there will be. 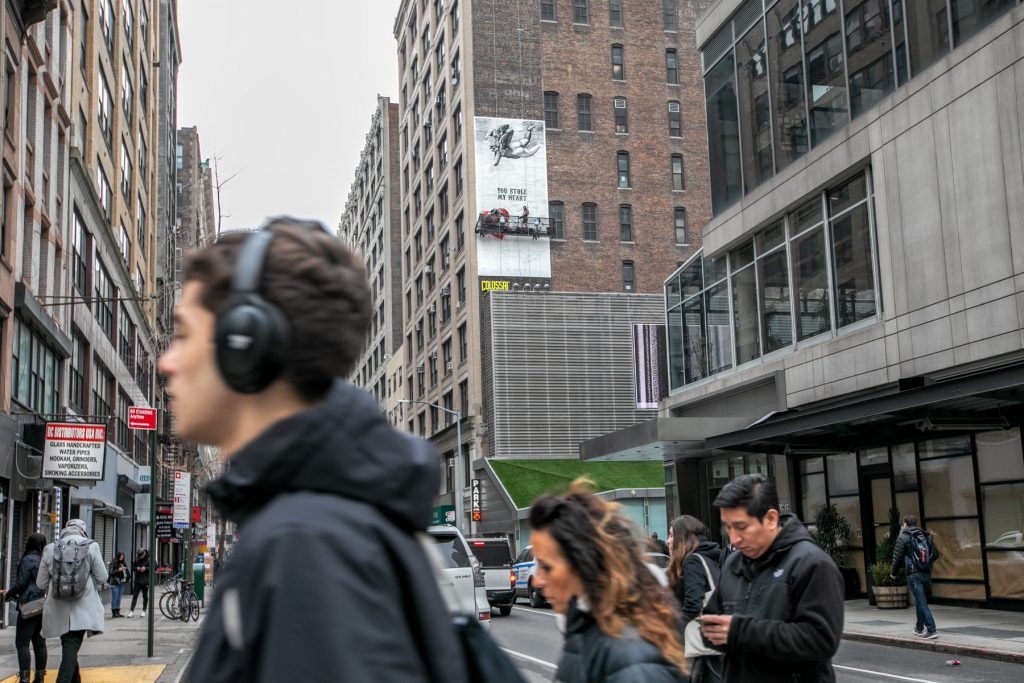 The true nature of the project will be revealed on Valentine’s Day, Thursday, February 14. We can’t say much else about the initiative, but we’re told the big reveal will happen at 3:45 PM, across from the Eventi hotel at 851 Ave. of the Americas.