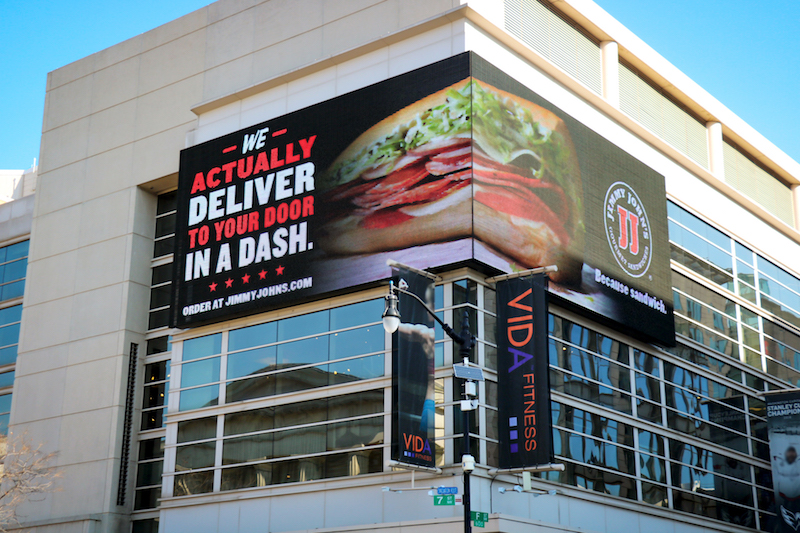 At the beginning of the year, sandwich chain Jimmy John’s named WorkInProgress (WIP) as its agency of record.

Jimmy John’s, which formerly worked with FCB, spent nearly $37 million on measured marketing in 2017 and almost $24 million in the first six months of 2018, according to Kantar Media.

“We appreciate everything FCB has done for us, and we wish them the best,” Jimmy John’s CMO John Shea said.

Jimmy John’s cited WIP’s “deep category experience and action based philosophy,” and “years of franchise experience.” adding, “Breaking through and generating momentum in the national restaurant franchise business requires deep knowledge of how a franchisee’s business runs both at the store level and as a whole … their approach is to look at the company and develop a strategy that looks years ahead, rather than at the next brief or campaign.”

Now, WIP has released its first campaign for the brand, which focuses on Jimmy John’s decision not to work with third-party delivery services.

WIP illustrates the point with a series of videos feature melodramatic readings of sad and/or angry reactions to the shortcomings of delivery services such as GrubHub, ending with the line, “We don’t let anyone else deliver our sandwiches for a reason.”

“Fast, fresh delivery has been central to Jimmy John’s business since we opened in 1983. We’ve built the best sandwich delivery system in the world,” Shea told AgencySpy.

“Delivery is among the fastest growing areas in the restaurant industry,” he explained, with many turning to third-party delivery services.

In researching these services, Jimmy John’s found that “35 percentof third party customers said they experienced issues” and while customers typically want their food delivered in 30 minutes or less, the “combined average delivery time for GrubHub, Uber Eats, Postmates and Doordash is over 49 minutes.”

“For these reasons and more, we are announcing that Jimmy John’s will
never use third-party delivery,” he said.

A series of OOH ads poke fun at these competitors, while touting the superiority of Jimmy John’s delivery with messages such as “We actually deliver to your door in a dash” and “Freaky Fast Not Uber Slow”

Shea explained this is just the first part of a campaign highlighting Jimmy John’s delivery expertise.

“There’s a lot of science to our delivery model, this was not an overnight decision, and we plan on showing consumers how we are unique,” he said. 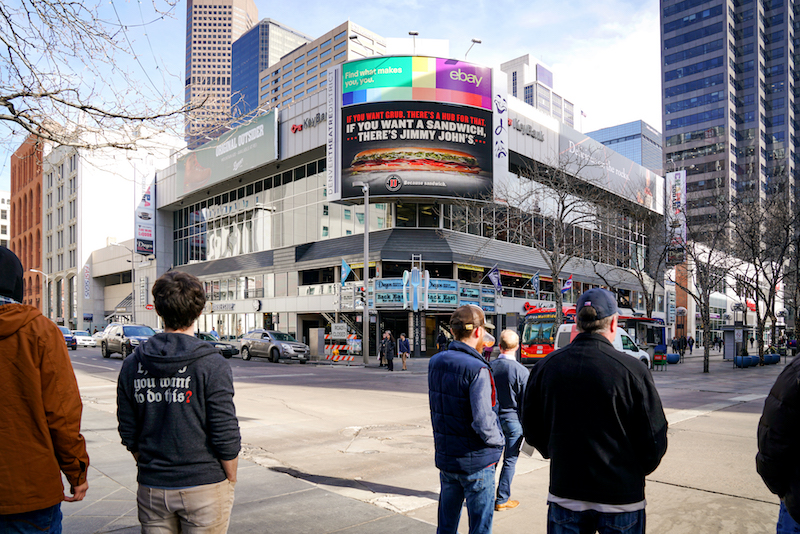