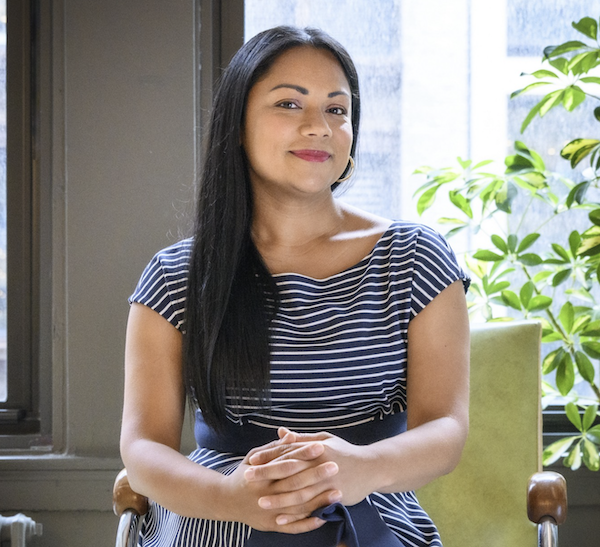 McGuire has led work for cultural institutions, including Yerba Buena Center for the Arts and innovators like Web3 diversity pioneers World of Women, as well as companies including Viacom, Procter & Gamble and others. Before ThoughtMatter, McGuire produced and designed projects for billion-dollar brands belonging to Kimberly-Clark, P&G and Colgate Palmolive.

McGuire’s elevation makes the studio one of the industry’s few POC-led, women-run agencies, a reality that she hopes to leverage in championing new perspectives on how to build and grow modern, culturally-resonant brands.

ThoughtMatter brought on McGuire in 2016 as executive director of strategy to help further define the vision of the studio. She began her career in the consumer packaged goods industry, but decided to seek out alternatives to see how branding and design could be used for good.

She and founder Thomas Jaffe explored projects with non-profits in the arts and education, then expanded into local economic development in New York City—and finally found a path in brand identity for cultural institutions.

“Over the years we have firmly adopted the mission of ‘work worth doing.’ Some of my favorite work over the past six years has come from stretching what projects we thought a branding studio should take on, such as our redesign of the U.S. Constitution, Women’s March Posters, zines with a political agenda and more,” McGuire told Adweek.

At ThoughtMatter, McGuire said that she is taking on her biggest design challenge yet by “designing a design business for the 21st Century … That means taking a critical eye to the types of clients we work with, the projects we take on and our own team talent, chemistry, recruitment and retention.”

To build the design agency of the future, ThoughtMatter is focused on cities, civic engagement, creative expression, gender equality, racial justice and the brands open to collaborating to address unmet needs in society.

“As a team, we work to identify the greatest need, we imagine what’s possible with the right partners and are committed to delivering on a shared vision together,” added McGuire.

McGuire was born in El Salvador, adopted and raised by a single mother in upstate New York. She felt she never fit in as a child, but design helped her find that sense of belonging.

“Branding has the power to shape the world around us, to help people feel a sense of belonging, a sense they are a part of something bigger than themselves,” said McGuire, adding that she wants ThoughtMatter to be a place that connects people with a shared sense of purpose.

As a person of color leader in the design studio industry, McGuire said she has few peers, which gives her great responsibility.

“When I tell people that I’ve never had a boss that looks like me, it makes some people uncomfortable … Being first means you don’t have someone to look to. Being first means everybody’s looking to you,” she said.

McGuire added that young people coming into the design profession don’t know there are patterns of behaviors, microaggressions and instances of bias against those that don’t fit the dominant narrative. But those potentially uncomfortable stories need to be told so there is greater understanding.

“ThoughtMatter exists to use the power of design to address unmet needs in society. To do so, we must question our own practice—the role and responsibility of the designer,” said McGuire. She said that, through her leadership, the agency and its people can be agents of change.