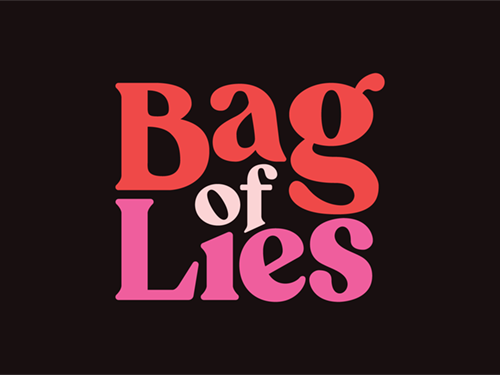 For the uninitiated, Jeff Goodby, by training, is a journalist. One of the core tenants of being in this business is that the truth matters (and, according to the New York Times, worth it). Of course, Goodby, along with his partner in crime, fellow Cannes Lion of St. Mark winner Rich Silverstein, ambled into advertising, a craft not necessarily known for being wholly truthful.

Now, there are big lies (and Goodby and Silverstein made their feelings clear about a particular president that seems to stretch the truth from time to time), and then there are the little lies. You know, the ones you make when you don’t feel like going to a rooftop party in Brooklyn or that dinner with some insufferable guests. It’s the little lies that can be entertaining and, by gum, productive to keep one’s sanity.

Putting these white lies front and center, Goodby joined a highly entertaining and enjoyable podcast, Bag of Lies, to share his thoughts on lying and a few stories where it actually helped. Hosted by Goodby Silverstein & Partners creatives Shareina Chandler and Malika Reid, the show “explores the prevalence of white lies, and what those lies say about our identity, culture, aspirations and communities.”

It could be a weighty topic, but Chandler and Reid do a masterful job of making the subject matter accessible and entertaining. Recorded before the holiday break, Goodby joined the hosts, and let ‘er rip with a few stories.

The first was one about how the agency was up against Wieden + Kennedy—which was founded around the same time as GS&P—for Honda scooters back in the day.

We were so tiny that we got a bunch of our friends to come in and sit in the office. We brought in furniture, put them in desks, brought in phones, hooked up phones for this purpose. And I can say this cause we lost this pitch—but we bought all of these people in. I remember we were sitting around before the Honda people showed up, and I said to Andy Berlin, who was one of the partners at the time: “what should we do?” And he said: “I don’t know what you should do. Just, you know, make calls. And we said, “who should we call?” He said, “I don’t care. Call each other.”

Other classic moments involved ad legend David Ogilvy and some nefarious characters earlier in life in Goodby’s native Rhode Island. But we won’t go into too great of detail, because it’s well worth listening for yourself.

It’s also a good idea to listen to other episodes of this outstanding podcast. Chandler and Reid have hit a home run with this, and it goes to show you that when agencies commit to a few side hustles here and there, very good things (or in this case, very Goodby things) can happen.

I’ll see myself out. I groaned reading that lousy pun, too.