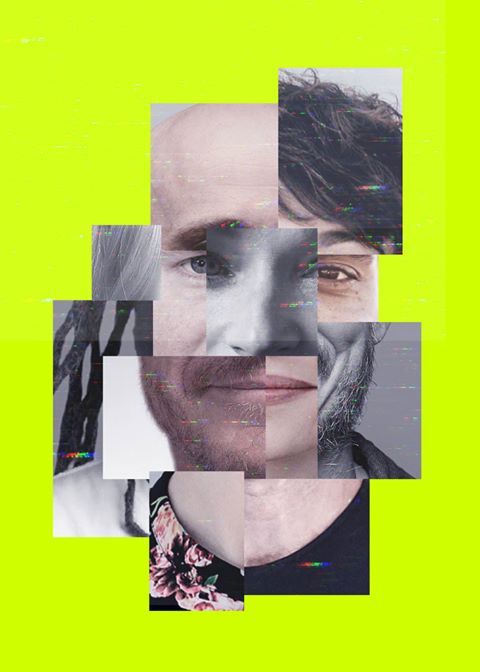 The answer to advertising’s never-ending question “is my work good enough?” is pretty much always no.

In more positive news, the deadline for AICP Next Awards entries is coming up later this week, and now Joan, whose co-founder and CCO, Jaime Robinson is also a judging chair for the show, can answer that query for you… in bot form.

AICP and Joan worked with The Bot Platform to create CD Bot, which we’re told is based on “expertise gathered from their experience with the tens of thousands of judges” for past shows.

Here is a sample exchange. 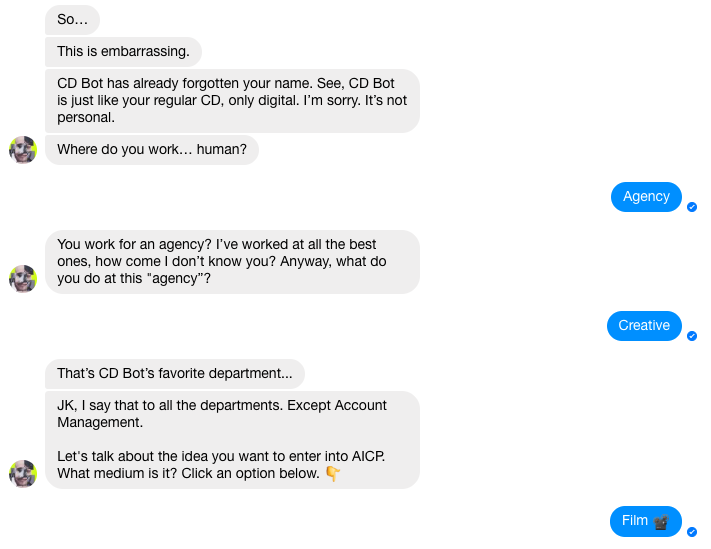 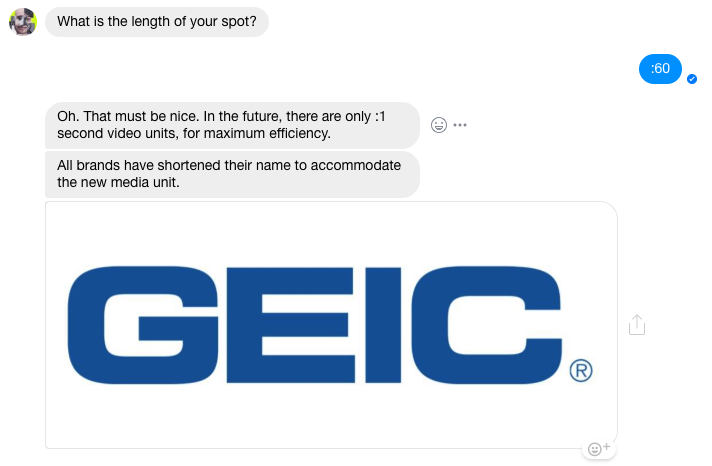 The bot almost lost us when it said “tell me the idea for your film in a sentence,” because of course we have no real idea for a film. But then we entered the first thing that came to our minds, “a man carrying a refrigerator,” at which point the bot responded:

“I don’t love it. But, what if you INSTEAD did an idea that was something like: A man carrying a refrigerator. That would be incredible. That could totally win at AICP. Why don’t you make THAT instead and then enter by clicking the button below.”

We can only conclude that its snark is on point. And you should enter the awards.

AICP president and CEO Matt Miller said: “For 28 years—since the first AICP Show—we have covertly syphoned thinking patterns from the brains of the hundreds of the most storied creative directors in the history of advertising and marketing, leaving us with a treasure trove of data the we can now put to use. Unlike some of today’s more dubious data gathering efforts, it’s being used only for good—to save the creative world at this stressful time of awards show entries in the same way that day-to-day creative directors save the real world from afflictions like dandruff. This really is an important public service.”

Sounds a little frightening, but all in a good day’s well-intentioned work. May the most non-automated ads win.