NEXT:Avocados From Mexico Puts Its Account in Review Ahead of 4th Straight Super Bowl Campaign
PREVIOUS:The Signaling Significance of Super Bowl Ads (or Why Clients Should Still Spend $5 Million) 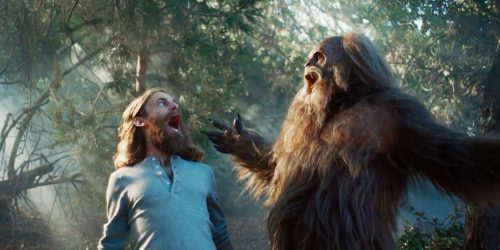 Jack Link’s has launched a review of its creative account.

“Across all of our business units, we routinely conduct evaluations to ensure we have the right strategic and executional partners. At this time, we’ve decided to evaluate our creative partnerships,” a company spokesperson said in a statement. “We’ve enlisted Pile, an agency search consulting firm, that will strategically guide and manage the search process. Our current AOR, Carmichael Lynch, will be invited to participate in the process as well.”

Incumbent Carmichael Lynch has confirmed it is is not participating in the formal review as conducted by Pile, but is continuing to work with the brand during the process.

“We’re proud of our 13-year partnership with Jack Link’s and the brand we’ve built together, resulting in a household name and the No. 1 snack in convenience stores nationwide,” a spokesperson for Carmichael Lynch said in a statement. “We’ve declined to participate in the formal review process and continue to focus on the work at-hand and launching our newest campaign together.”

While the agency is not part of the review process, it seems that Jack Link’s is evaluating the agency on its recent and current work for the brand and has not ruled out the possibility of working with Carmichael Lynch in some capacity in the future.

“They are being evaluated and considered in the overall process, however they are not participating in the official Pile process. Instead they will be evaluated on current and ongoing work,” a Jack Link’s spokesperson explained.

Jack Link’s spent around $9.1 million in 2016 and over $10.7 million in the fist nine months of last year, according to Kantar Media.

Carmichael Lynch’s recent work for the brand includes a regional Super Bowl ad and a September campaign featuring NFL stars Clay Matthews and Odell Beckham Jr. which followed the previous year’s “Workin’ Out With Sasquatch” campaign. The agency’s branded content extension with Inside the NBA was named to Adweek’s 2017 Media Plan of the Year list.