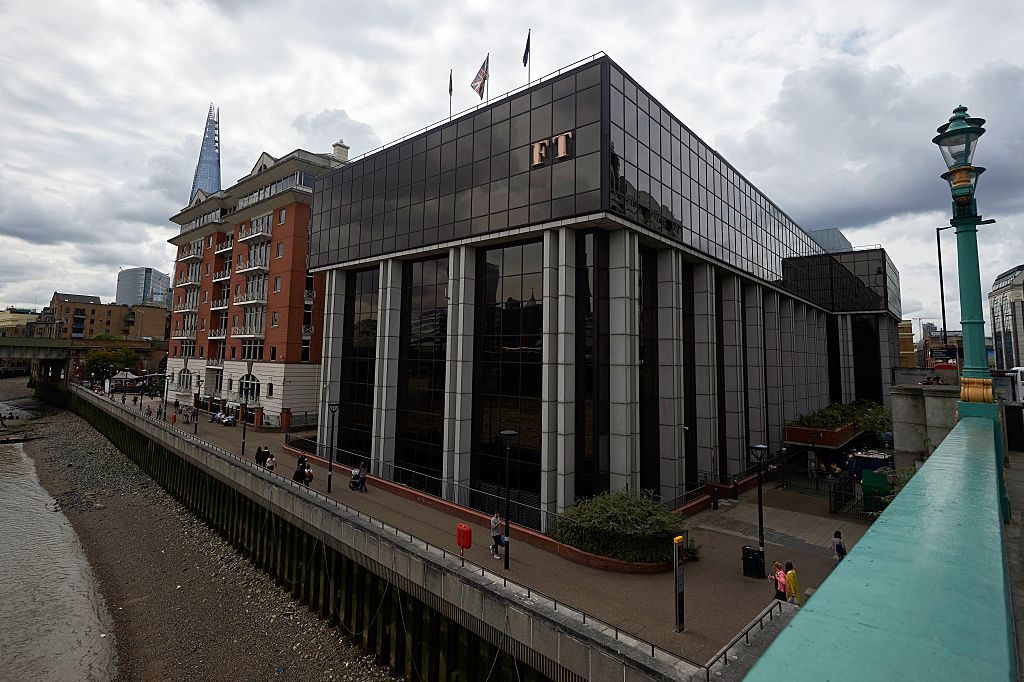 More changes are coming to the world’s largest advertising company.

Not only does WPP have a new CEO in Mark Read and a new Lego building block-style consolidation strategy personified by VMLY&R. It also appears to be changing its look, its location and its positioning.

This morning, a British site called Property Week reported that WPP is currently in advanced talks to acquire the One Southwark Bridge, London headquarters of The Financial Times for around $122 million. A follow-up report by The Guardian noted that the offices are too large to house WPP’s executive staff that worked at 27 Farm Street, Mayfair for three decades, meaning the building will inevitably house agency leadership as well and that the move-in will likely take years.

In August, Campaign first reported that WPP would be vacating that uncharacteristically modest locale.

We should note that FT has recently (appropriately?) run several high-profile investigative reports involving WPP. In January, the paper published a damning story that led the company to publicly pull its longtime sponsorship of London’s Presidents Club Charity Dinner—also known as “the World’s Most Exclusive Fraternity”—due to blatantly misogynistic behavior. The expose reported that then-CEO Martin Sorrell was not in attendance, though WPP Europe chief operating officer Andrew Scott was. And the latter executive, who officially co-led WPP in Sorrell’s absence, was just named permanent COO in one of Read’s first appointments.

The FT also ran a lengthy story detailing claims made against Sorrell over the summer.

In other news, the leadership of all WPP agencies met in Brooklyn, New York for two days last week to discuss the future of the company. According to a party with general knowledge of those meetings, Read spoke of “radical evolution” as the new direction for the holding group and introduced both a new visual identity (read: logo) and positioning documents.

Unfortunately, we don’t have access to those assets at the moment, and one reason is that we’re told they’re not quite ready for public consumption. But we hear they were well received by executives. And don’t worry, the name will still be WPP.

This is not new territory for Read, who has often used variations on the “radical” phrase in explaining where he wants to take the business he now leads. Sorrell seems to have gotten the memo, as he ended a speech at London’s Festival of Marketing last week with the following line: “We are talking about a radical revolution, not an evolution, and the next 12 to 24 months will be critical.” Touché.

Sorrell also said it’s “nonsense” to suggest that he’s not interested in creativity, though we would say that the concept and the traditional variety of agency are two different things.

Spokespeople for several WPP agencies declined to comment for this post. A representative for the holding company itself said no comment regarding both the new building and the aforementioned strategic announcements.