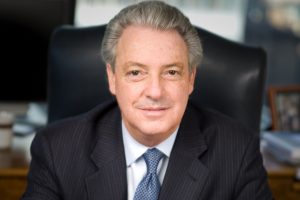 To gravely overstate the obvious, this is getting very, very old.

It may seem like we’ve already forgotten about the two truly horrific mass murders that took place in Texas and Ohio this weekend less than 24 hours apart. And we’ve no doubt that the leaders of many companies made their own statements about what happened.

But here’s one that IPG chairman and CEO Michael Roth sent out to all staff at the end of the business day on Monday. You may note the resemblance to memos he sent out after the killings at the Tree of Life Synagogue in Pittsburgh last October and the shootings at two mosques in Christchurch, New Zealand early this year.

The individual who killed at least 20 people in El Paso cited the latter incident as inspiration for his own murderous actions.

In the wake of two more catastrophic shootings here in the U.S. over the weekend, it’s distressing to have to reach out again. These attacks were fueled by hatred, and targeted unsuspecting people going about routine activities like shopping for school supplies and spending time with friends on a Saturday night.

These attacks come just as we, in the U.S. at IPG, have marked the 11thannual Inclusion Awards which recognize those at our company who have done outstanding work that promotes diversity, equity and inclusion. As you know, we have made DEI a priority at our company for many reasons, not the least of which is to ensure a workplace where our employees feel safe, protected, seen and appreciated for who they are.

Tragedies like these are seen through our own lenses and our reactions reflect our own backgrounds and different dimensions of diversity, and perhaps even our politics. One thing that I think we can all agree upon is that we must do whatever we can to continue to condemn hatred and violence. We must use our own expertise and talents to promote understanding and communication. Our agencies and our people are doing this critically important work every day, as you’ll see if you read about some of the work and the individuals who were recognized last week.

Politicians, policymakers, pundits, influencers and leaders of companies, like me, need to speak out for change because what we are doing is just not working. Some of the work has to begin with learning and introspection. It makes sense for all of us to think about our own experiences and beliefs, especially about historically marginalized groups who are different from ourselves. What do we know (or think we know) about them? Do we have diverse personal networks and first-hand connections?  Where do we get most of our ideas — from family, friends, school or media? Are we sure our sources are reliable? How do we feel or react when issues surface that are related to race and ethnicity, religion, gender identity, sexual orientation and other identities? Are there instances when we might not have understood or recognized unintentional slights that affected others?

Of course, there’s more to moving us forward than self-reflection. You can count on us to try to help, because we recognize that we need to be very proactive in fostering cultures where growth, well-being and belonging are possible for everyone.

In the immediate term, we will make donations on your behalf to help meet the dire needs of the victims of the families in El Paso and Dayton. And I will continue to speak out against the status quo. Real change is required, including legislation, if we expect to reach a level where all of us are safe in our everyday lives.

I thank each of you for your support of IPG’s aspirations for inclusive, welcoming and supportive collaboration wherever you are.

We believe some respect is due to Mr. Roth for issuing such a statement. There’s little doubt that “we must do whatever we can to continue to condemn hatred and violence,” though a shocking number of people quite obviously disagree.

At the same time, we would like to focus on the meat of Roth’s memo, because it is substantial. Chief executive officers at ad agency holding companies should not be the ones calling for change. And they should definitely not be the primary leaders asking Americans how much they really understand those who come from different backgrounds and subscribe to different belief systems.

That’s not to say CEOs or art directors should just sit down and accept things as they are. As Roth puts it, “influencers and leaders of companies, like me, need to speak out for change because what we are doing is just not working.” And of course he’s right.

It’s one thing to work on achieving greater diversity and inclusion (no small feat) within your advertising agency, which represents such a tiny slice of the American economy and society at large. But in the absence of serious legislation, will anything really change? No. Will one more well-crafted gun control PSA with its own hashtag move the needle? Let’s not kid ourselves: the answer is no.

What will, then? We truly don’t know, and Roth doesn’t either. But at least he’s making a gesture toward leading a conversation on the topic rather than seeing it as another cynical way to slam his rivals or make more money.