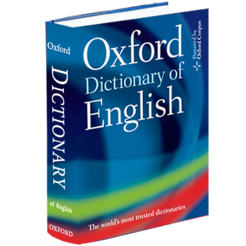 In case you’re not in London this week checking out the Incorporated Society of British Advertisers’ annual get-together, we have some very exciting updates: ad agencies and consultancies might not be gunning for each other after all!

According to Campaign’s Gideon Spanier, Accenture Interactive managing director of Europe, Africa and Latin America Anatoly Roytman took the opportunity to reveal that his network is developing a new offering: the “cagency.”

The concept is a consulting firm combined with a creative shop, which is also known as any ad agency worth a damn.

No really, have you even heard about all the “traditional” agencies now claiming to offer consulting services?

We should take Roytman seriously as he is the guy in charge of Accenture’s recent acquisition spree, which included Fjord and Karmarama. And this all gets a little less amusing when you remember that most creative places can’t pretend to compete with Accenture when it comes to scale or existing client base. But let’s just link to that severely overplayed Ghostbusters clip and laugh about how ridiculous marketing jargon can be.

Bonus points: two people independently came up with a related riff on the very worst of Billy Corgan’s many bad songs.*

Despite all my ragency, I am still just a rat in a cagency.

We will have to give this one to Matt because he was first by three minutes, which is a lifetime on Twitter.

Back to your regularly scheduled programming…