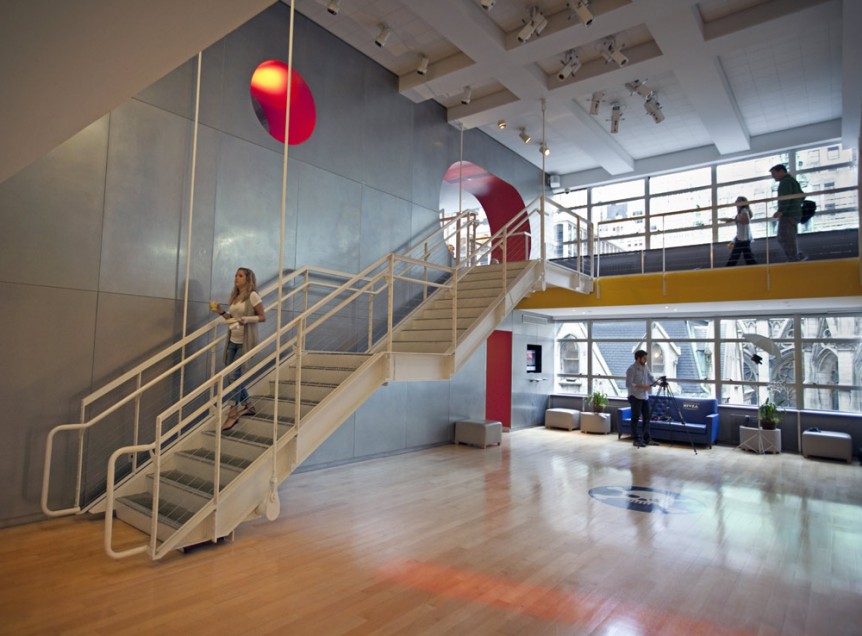 Like many chief executives, TBWA\Chiat\Day New York’s Rob Schwartz often sends out all-staff memos related to goings-on about the office. These rally-the-troops notes go out every Friday in order to reassure hundreds of staffers across departments that things are working like they should.

Last week’s was a bit unusual in that it addressed the mysterious thing we call “work-life balance,” or the vague idea that we collectively shouldn’t spend every waking minute working on or thinking about the thing that pays our expenses—the point, of course, being that a sufficiently rested employee is a more productive employee.

Schwartz doesn’t quite agree with that principle, though, as he explained in a memo specifically related to the fact that much of the New York team worked throughout the previous weekend on an unspecified new business pitch.

The creative review went late last night.
Not past midnight late. Or even 10pm late.
Just it’s-really-dark-outside late.
The creative teams had a number of ideas.
Some of them quite good.
Jexy and Nuno were one of those teams with good ideas.
I should back up a sec.
Jexy and Nuno are a new team here in New York.
They’re actually an old team from our Singapore office.
They did some great work there. They got hired elsewhere. They did some great work elsewhere and then came back to us here in NY.
Let’s come back to last night.
Jexy and Nuno presented a lot of nice work for the pitch we’re working on.
Then they had to go. Weekend plans. A bachelor party in Miami.
And with that they left the room.
Chris Garbutt and the rest of us listened to the rest of the ideas from the rest of teams. Some good ideas. Some crappy ones. A creative review. You know the drill.
Then something happened.
Jexy and Nuno came came back into the room.
“We’re not going to the bachelor party. We’re going to stay here this weekend.”
Chris asked them why.
“We’ve got work to do.”
This is a decision each and everyone of us has to make.
Work or other stuff?
I never bought into the whole “work-life-balance” thing.
Work is life. Life is work, in my book.
We are lucky enough to work in a creative business.
We are paid to dream for clients.
That takes a bit of time. Sometimes time on the weekend.
Now, I’m not saying you should work every weekend.
Or miss your daughter’s 7th birthday.
Or your grandfather’s 70th.
What I am saying is that sometimes you have to miss a bachelor party or a boat party or some other kind of fiesta.
In the grand scheme of things you won’t miss much.
But what you just might gain is a great idea. An idea that transforms a brand. An idea that makes a dent in the universe. An idea that makes a mark on your career.
So thank you Jexy and Nuno
Thank you for reminding us all why we show up at this place every day — including, sometimes, Saturday and Sunday.
Xo,
~Rob

When we reached out to the agency, Schwartz clarified that his point was simple: great people work hard.

That said, hours count for something. One current employee tells us that a creative leader recently sent out an email urging his team to arrive at the office at 9 AM instead of 10 AM in the interest of billings.