NEXT:Anomaly Is Still Rocking Out to The White Stripes for Beats by Dre
PREVIOUS:South African Authorities Decide That '100% Black Owned Advertising Agency' Campaign Is Not Racist 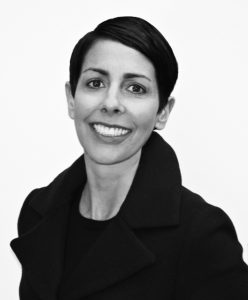 As we begin Grey’s 100th anniversary celebration, I wanted to share some great news of a different kind.  The promotion of two individuals who have been critical to the Agency’s growth and success and are being tapped to help chart the course for the next 100 years.

In recognition of their business acumen, commitment to Famously Effective ideas and desire to continually create the new, Chris Ross is being promoted to Chief Operating Officer and Jane Reiss to Chief Brand Experience Officer of Grey New York.  Both will report to me and as members of the Executive Management Team play a key role in the stewardship of our flagship office.

In his new role as COO, Chris will be responsible for managing the day-to-day operations of the Agency.  He will work closely with Chris Esposito and me to drive the commercial evolution of Agency financials to identify organization and operational models that deliver creativity, efficiency and profitability.  Chris will also be focused on future-proofing Grey NY for tomorrow by refining and expanding our offering – within & beyond 200 Fifth Ave.  In addition to these responsibilities, Chris will continue to manage his portfolio of Clients.

Chris joined Grey in 2008 as EVP on Diageo and almost immediately took on leadership of a larger portfolio of brands.  Most recently, Chris has served as Managing Director on a portfolio of brands including Ally, AARP, Pfizer, Marriott, Applebee’s, Walgreens and UPMC (University of Pittsburgh Medical Center) to name a few.

A British native and now a US Citizen, Chris has nearly 30 years of experience across the major areas of our business: large multinational agencies, a pure play digital agency, a leading design consultancy and also as a Marketing Director on the client side.  He’s lived and worked in London, South Africa, Singapore and New York.

In her new role of Chief Brand Experience Officer, Jane will lead the Brand Experience Group (BXG) which consists of Grey Activation & PR, TLC (Talent, Licensing and Casting), Entertainment, Shopper, Adventures, Design, and Mobile & Connected Experiences (our partnership with ArcTouch). Jane’s focus will be on creating integrated brand experiences across marketing disciplines as brands strive to participate in and influence popular culture. In addition to these responsibilities, Jane will continue to run her portfolio of businesses comprising many of Grey New York’s most iconic brands including Best Buy, Hasbro, Nestle, Papa John’s, Smucker’s, T.J. Maxx, HSBC, GE, Longhorn Steakhouse and Canon.

Jane joined Grey in 2013 to lead Grey’s marketing for the New York office. Within weeks, she was pitching and winning the Hasbro business which has grown from two brands to twenty-five under her leadership.

In 2006, Jane left the agency world to go client side as Mayor Bloomberg’s Chief Marketing Officer for the City of New York, a position she headed up at NYC & Company.  During her tenure, NYC opened eighteen international offices and became the blueprint for major municipalities around the world and specifically the model for the Obama administration’s global tourism initiative.

Please join me in congratulating both Chris and Jane on these very well-deserved promotions.