Why did they do it? Read this explanation from founder Paul Caiozzo.

At any rate, the New York shop has some quality work out there including this recent effort for WordPress, the business that launched a thousand blogs. It is, in fact, the company’s first national brand campaign since its debut more than a decade ago.

The point we take from this :30 is that WordPress today isn’t just about giving jaded insiders a platform to spill tea about their industries (ha).

Did Evil Mr. Rogers do all that with WordPress? The story of the man and his shrink ray continued with print ads in The New Yorker and one on shrinkify.com. 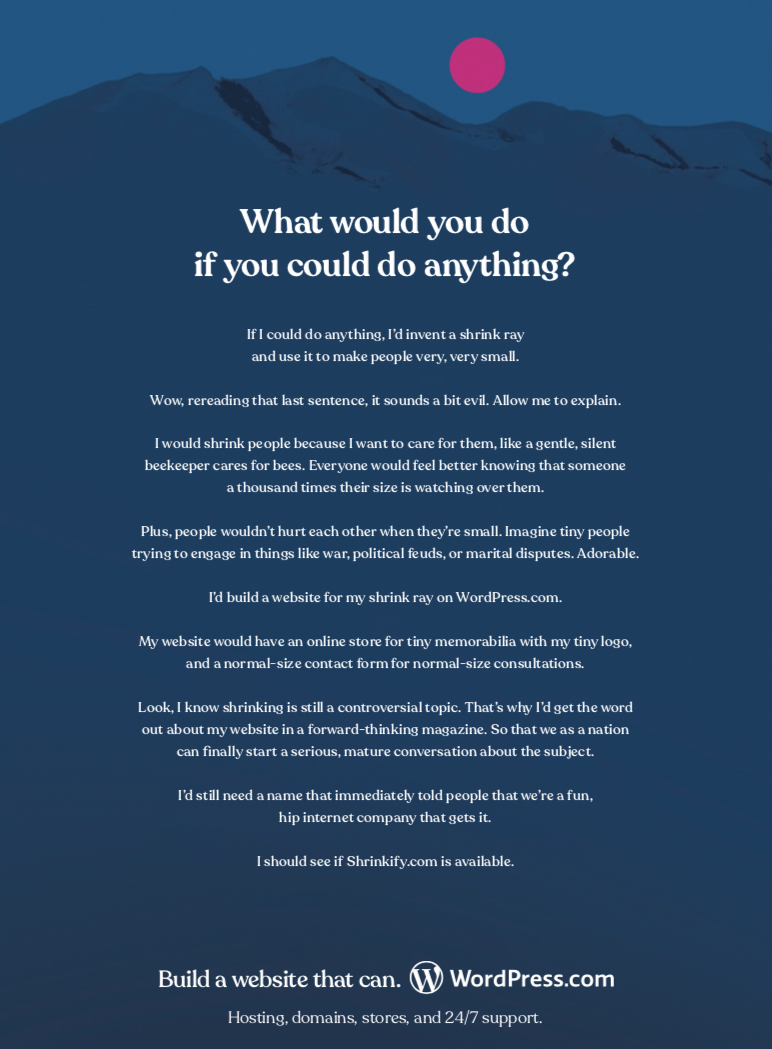 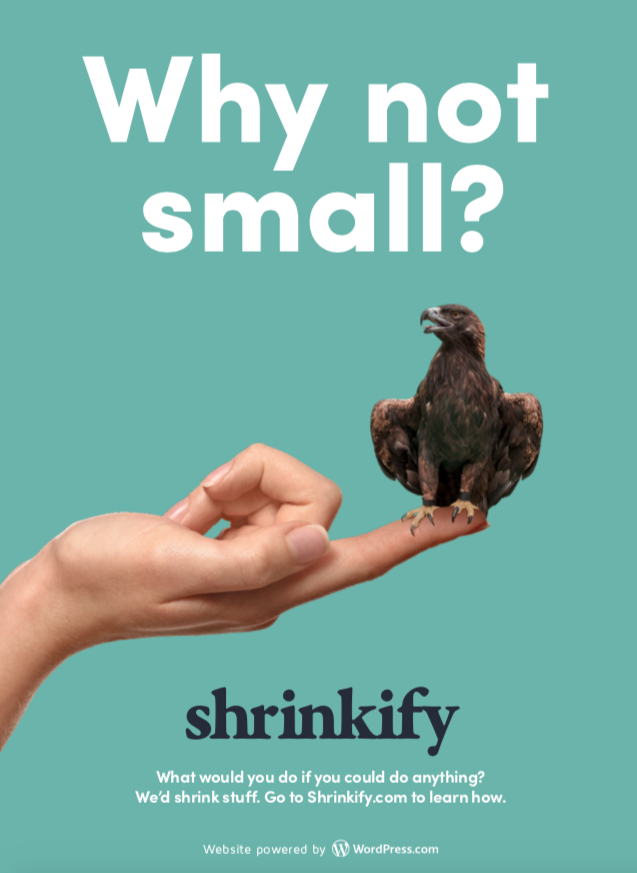 The release also reminds us that, beyond humble blogs, WordPress also powers sites like CNN.com and News Corp.

But it’s not just for editorial stuff, see. Last week saw the launch of “Anything Is Possible,” a list of groups and businesses and entrepreneurs chosen by WordPress to represent what it can do.

Did you know that you could use WordPress to start a hair salon? Neither did we. (Interesting Development did not create this part of the campaign.)

WARNING: do not download the plug-in that allows anonymous comments!