NEXT:Highdive and Nike Lacrosse Connect Athletes with Their Hidden Sixth Senses in Action-Packed Spot
PREVIOUS:Matt Williams' Status at The Martin Agency Unclear as Kristen Cavallo Takes Over as CEO 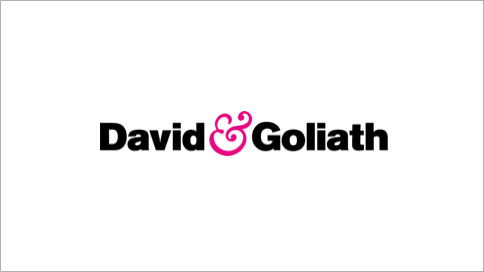 Today several sources finally confirmed what many have suspected for months: Innocean, the agency created to handle Hyundai’s business around the world, has agreed to acquire David & Goliath, AOR for its sister brand Kia.

Adweek reported the news after a story leaked to the Seoul-based BusinessKorea first thing this morning.

But the rumors have been floating around for some time, and the partnership makes sense: both agencies primarily handle auto work; they’re both based in the L.A. area; they both operate outside the Big Six holding company bubble; they work on brands whose fortunes are closely tied together.

D&G has also been going through a series of leadership changes over the past year, parting with its CCO, CSO, CMO, president, chief digital officer and Kia creative lead.

David & Goliath founder and chairman David Angelo declined to discuss the matter, and Innocean CEO Steve Jun did not respond to a request for comment. A Hyundai spokesperson said, “Hyundai highly values its partnership with Innocean and is fully supportive of the business decisions it makes to improve and enhance its operations.” Kia corporate communications also didn’t respond to our email.

The specifics of the deal are not clear, though the Innocean source who spoke to BusinessKorea said it should be completed by the end of the calendar year.

One source told us that the companies will continue to operate independently after the deal goes through, though multiple parties claim Hyundai was interested in D&G primarily to help expand its global advertising business and move beyond promoting its own brands.

Analysts have estimated that D&G brings in less than $50 million per year in revenue. During the third quarter of 2017, the global Innocean organization made $252.78 for a profit of $23.24.

In 2016, Hyundai corporate spent $384 million and $362 million on paid media for the Hyundai and Kia brands, respectively. Its totals for the first half of 2017 were slightly lower than for the previous year.