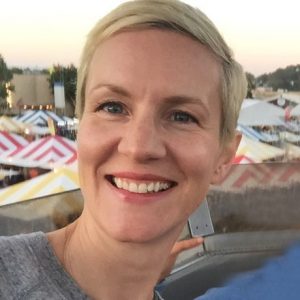 Roehl, who joined the company in 2016, opening its San Francisco studio and leading the design team there, will now work to “deliver the full promise of IBM iX North America” by overseeing its biggest projects on the continent.

She will report to Sabine will report IBM iX North American leader Scott Lieberman while taking “creative and talent leadership” from global chief creative officer Billy Seabrook. “In this role, Sabine will assume Creative Leadership across iX North America by driving ideas, experiences, and communications that enhance our clients’ relationships with their customers and drive growth and transformation for their businesses,” said a company spokesperson.

“I am excited and honored to be part of the Distinguished Designer community at IBM,” said Roehl in a statement. “As a DD, I will continue to elevate our craft and shape the creative agenda for IBM iX North America. The time to transform our clients’ businesses and show them what we can do has never been better—let’s do it together!”

Roehl brings more than two decades of design experience to the new role. Prior to joining IBM, she was an svp, CD and director of digital design at Publicis New York and creative director at R/GA, in addition to stints with Red Sky Interactive and Agency.com, among others.

The organization saw a major departure last August as Robert Schwartz, the Ogilvy veteran who served as its global head of agency services, left the company. He has not yet announced his new job, and IBM declined to comment on whether it has appointed a successor.