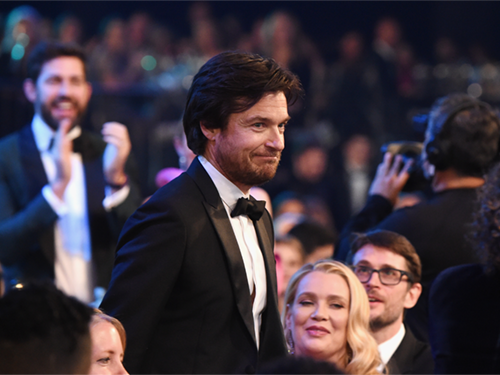 Last Super Bowl season (yes, it’s officially a season now), Jason Bateman made a splash as the star of a Hyundai ad. The elevator-themed spot was well-received by the public—it finished fourth on USA Today’s Ad Meter—despite vegans getting up in arms over the “beetloaf” swipe (which was pretty funny … come on people, get a grip).

Bateman was perfectly cast as the wry elevator attendant. His signature, dry delivery, along with a little ad-libbing (“Captain Colon” was his creation on the fly) made for classic Super Bowl fodder from the brand and Innocean.

So how is one rewarded for such a monumental feat of creative prowess? By making Bateman the brand’s voice on all of its advertising … and likely well above SAG-AFTRA rates.

“We were looking for a voice that is recognizable and relatable,” said Dean Evans, CMO, Hyundai Motor America. “After Jason starred in our highly successful Super Bowl 53 commercial, we knew he would be the perfect fit to communicate our brand’s message. He is versatile in a way that he can be both humorous and entertaining, but also serious and informative. We are extremely excited to continue working with him.”

To that end, Hyundai launched a new campaign featuring Bateman’s voiceover that is a bit more up Main Street, touting brand attributes. Bateman is a good choice here and reminds us, in a way, of Fred Savage, the long-time voice of Honda’s advertising, with a delivery that is pleasing and easy to listen to.

“We think he is the perfect choice to be the voice of Hyundai,” said Barney Goldberg, ecd at Innocean. “With Jason’s wit and charm, we see this campaign as a real opportunity to showcase to consumers all the ways Hyundai helps makes things better for people.”

Of course, we were waiting for the punchline in this ad, since we’re so used to the actor being funny … but we suppose we’ll get used to this pretty quickly.