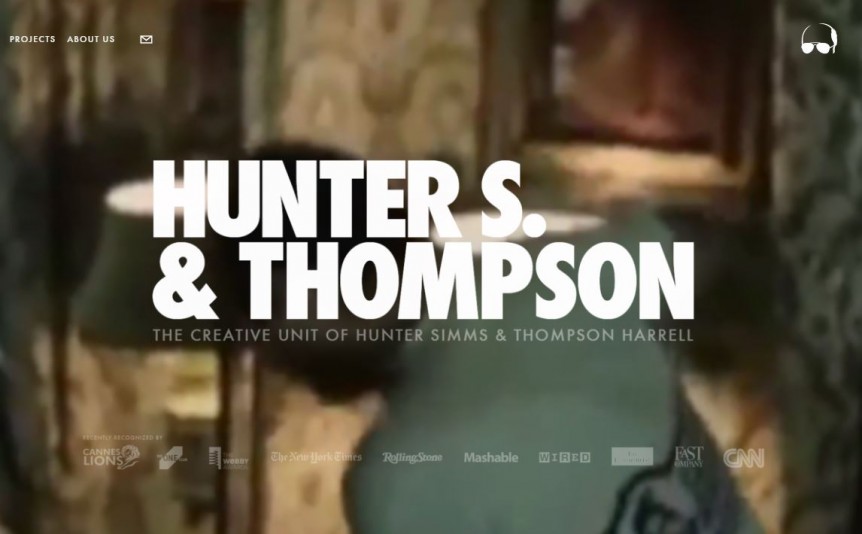 Veteran creatives Hunter Simms and Thompson Harrell have launched their own independent agency, named Hunter S. & Thompson after the “nomenclatural coincidence” of their combined names.

Of course, the moniker very closely resembles that of the late “Fear and Loathing in Las Vegas” author whose ashes were famously fired out of a cannon by some guy named Johnny (who spent $3 million for the privilege).

The agency’s website describes Hunter S. & Thompson’s focus as “design, tech and purpose.” It also includes many projects the two partners have worked on while employed by other organizations (as these things tend to do). Examples include Office Max’s Elf on the Shelf, a New York Times app and a bunch of work for Spotify. 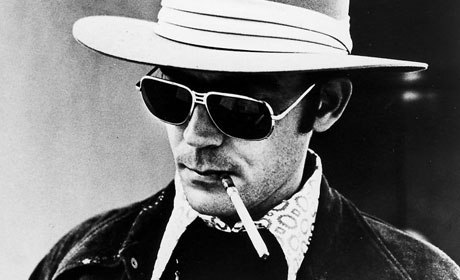 Harrell served as an art director at BBH New York for three years beginning in 2006, working with clients including AXE, Johnnie Walker, Miller Lite, Levi’s, Vaseline, All, LG, Miller Lite, SoBe, and British Airways, before leaving to go freelance in 2009.

During that period he worked with agencies including R/GA, TBWA\Chiat\Day, BBDO and Deutsch, and clients such as Nike, American Express, Nissan, LG and Jameson, later spending a year as in-house creative director at tech startup Skillshare Company before once again venturing out on his own.

So what makes Hunter S. & Thompson unique? They do have an office in the same Lower East Side building that once housed the late Gawker. They’ve collectively won lots of plaudits, and yet they “remain humble, focused and ready to cross land, sea, air and Internet to work for you.”

We reached out yesterday hoping to hear more about their new venture but have yet to hear back. As Thompson himself once said, “I hate to advocate drugs, alcohol, violence, or insanity to anyone, but they’ve always worked for me.”